Poetry Friday--The Last One, I Promise!

This is the last angel poem I will post. I promise. And, I'm not going to participate in next year's Sketchbook Project. There is no need to apply pressure to myself to create a collection of illustrated poems. 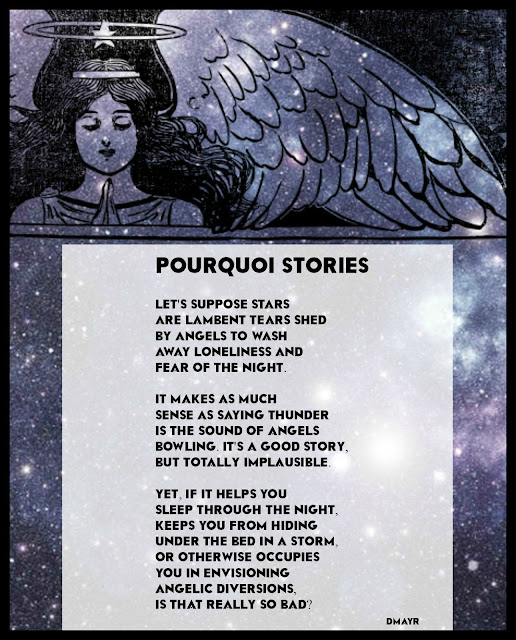 Maybe I'll challenge myself to sell the poetry picture book I wrote last year. I submitted it once, never heard back, and haven't tried again. Chickensh*t is what I am!

Since this is the first day of National Poetry Month, I want to announce the return of "Ekphrastic Mondays." Each Monday during April I will post a poem about a piece of art. I wasn't sure, at first, what I wanted to do, but, I finally decided to feature the works of a New England artist whose work I greatly admire, Frederick Childe Hassam (1859-1935). Hassam, largely self-taught, created more than 3,000 works over his lifetime. I'll have plenty of pictures to choose from! Please come back on Monday!

There will be oodles of poetry at the Round-Up today being hosted by Amy at The Poem Farm.
Posted by Diane Mayr at 9:00 PM 29 comments: 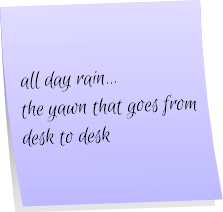 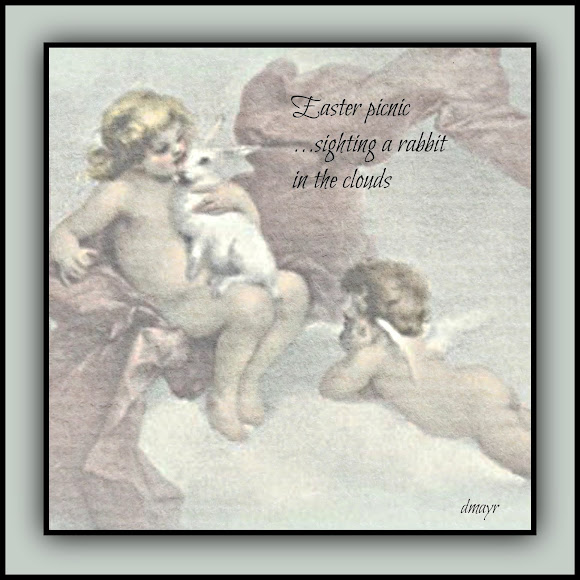 It is painfully obvious to me that I will not get my Sketchbook Project angel book done in time for the April 15 deadline. I'm still working on poems, and I don't even have a title for the small collection! So, I'll keep it brief--here's one more poem that will go into the collection even though the angel connection is tenuous at best! 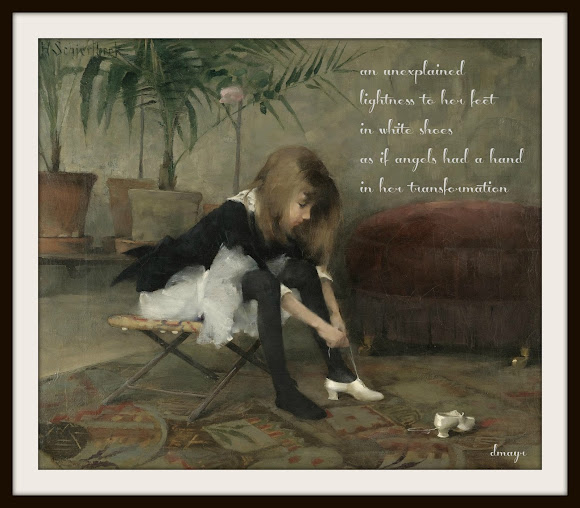 Click on the image to enlarge. Poem © Diane Mayr, all rights reserved. "Dancing Shoes" by Helene Schjerfbeck (1882), courtesy The Athenaeum.

Heidi is hosting this week's Round-Up at My Juicy Little Universe. Hop on over for a celebration of Spring and poetry!
Posted by Diane Mayr at 12:00 AM 11 comments: 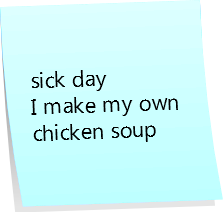 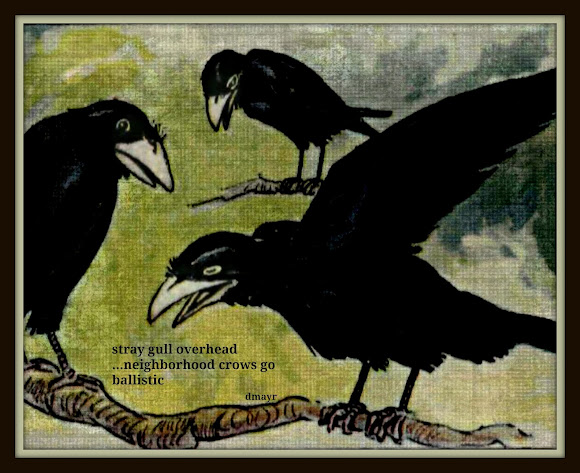 That got your attention, right? This coming Monday, March 21, has been declared World Poetry Day by the United Nations.

UNESCO recognizes the unique ability of poetry to capture the creative spirit of the human mind.

So where does the free coffee come in? A coffee roasting company, Julius Meinl, will give away a free cup of coffee in exchange for an original poem at more than a thousand coffee shops, mostly in Europe and Asia. However, according to the map, which you can see on the #PayWithAPoem Facebook page, there is a location participating in Chicago!

I won't be getting a free cup of coffee, but I will share a coffee poem or two! I posted an illustrated coffee poem a few Fridays ago, click here if you missed it.

I knew I had coffee poems in my files, but I didn't realize I had more than a dozen until I went looking. (Don't worry, I won't subject you to a dozen!) I'll start with this haiga from March 2012: 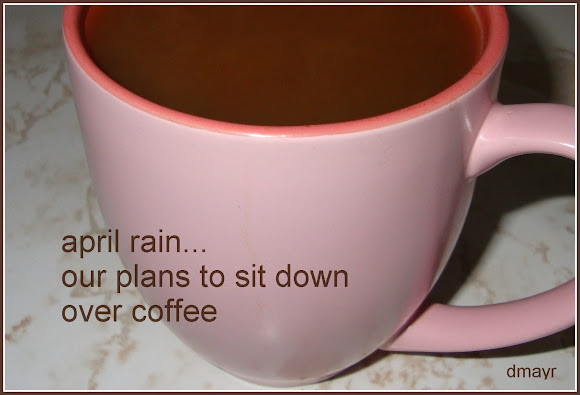 The next one was written in response to one of Laura Salas's 15 words or less Thursday challenges in September 2012:

ONE OF THOSE MORNINGS

In my cup of coffee ecru
curds float; the creamer
one day beyond
expiration.

And I always have a haiku:

a fourth cup
this January Sunday
new snow outside

Robyn at Life on the Deckle Edge is this week's Round-Up hostess. Stop by and stay a while. 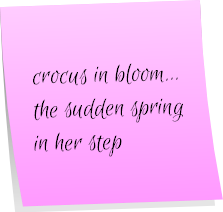 Yup, it's pretty cliche, but, seeing crocus in bloom and hearing the singing birds, really did have a positive effect on my demeanor.
Posted by Diane Mayr at 6:00 AM No comments:

Since St. Patrick's Day is coming up! 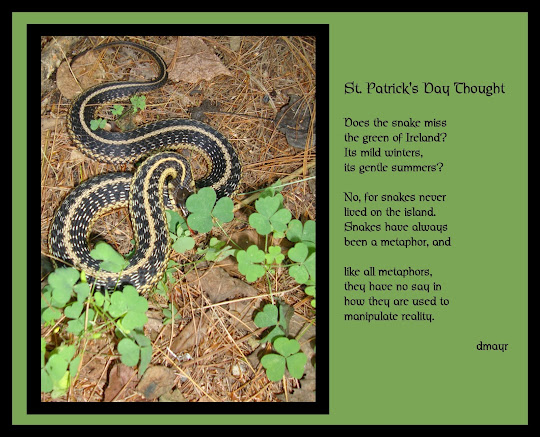 Click on the image to enlarge for easier reading. © Diane Mayr, all rights reserved. The photo was taken on the Derry, NH rail trail. The "shamrocks" are common wood sorrel, Oxalis montana.
Posted by Diane Mayr at 6:00 AM 2 comments:

Small as a Chickadee:
Write a poem about something small, an animal or object you see every day and do not usually give much thought.

I picked up a flat sparkly stone on my trip to Ogunquit last September and I keep it on the bathroom sink. I barely notice it most days because it doesn't sparkle much when it is dry. The times I do notice it, I say to myself, "Why are you keeping that?" Then I think, "It's found treasure!" 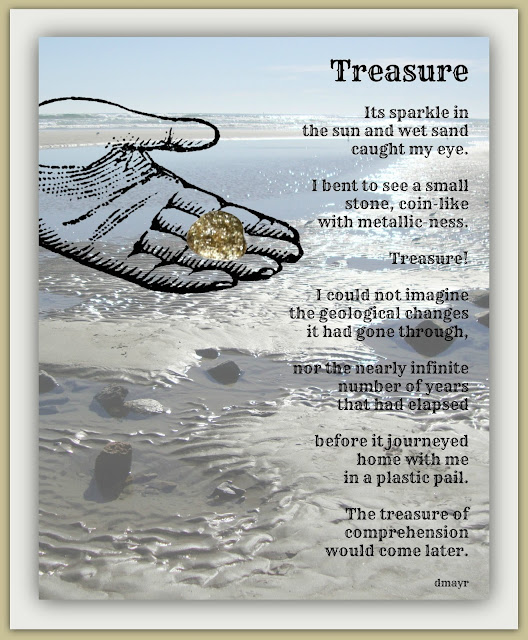 I enhanced the shine of the pebble for the illustration. It's more silver than gold in real life.

Irene, who has recently been traveling in FL to share her two newly published books of poems, is home and hosting the Round-Up at Live Your Poem.
Posted by Diane Mayr at 12:00 AM 22 comments: 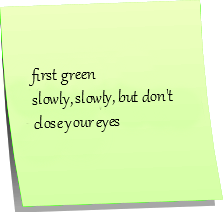 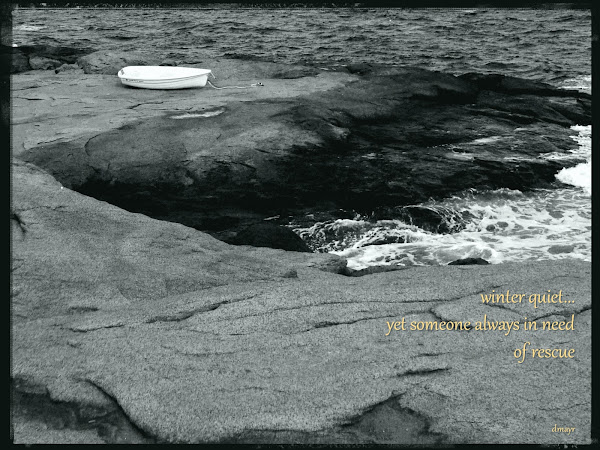 Click on the image to enlarge. © Diane Mayr, all rights reserved.
Posted by Diane Mayr at 6:00 AM No comments:

Yes, it's another hyacinth post! I've created a label for "Hyacinths and Other Flowers" and will be adding labels to posts that contain these topics. In the winter months I really crave the lack of flowers, so I try to force some hyacinth bulbs each year. An earlier hyacinth post from 2016 can be found here.

I started a number of bulbs at the same approximate time and this is how they ended up on Monday when I took the photo: 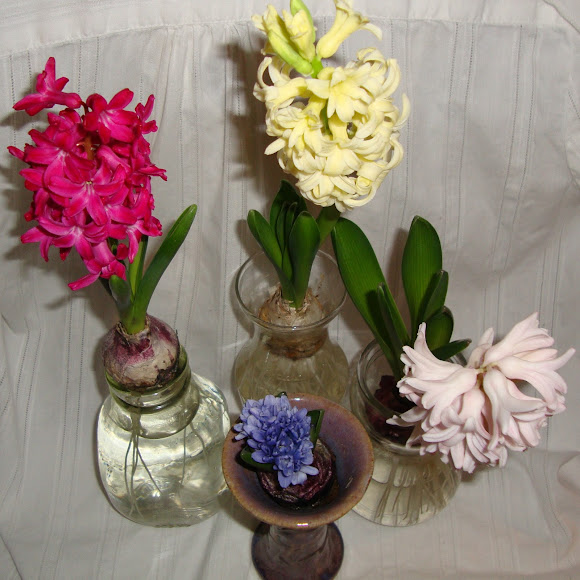 It got me thinking about the whole nature/nurture thing and from there sprang "The Hyacinth Girls."

The short one favors
a somber, Lenten purple
to match the stoic outlook
those of a compact
stature need to survive.

Another loves magenta,
an in-your-face, can't be
denied, color of joy
sure to turn heads.
And, that, she does.

The shy sister prefers a pale
powder pink. Barely noticeable,
but well aware of her worth,
one day she'll rename
her color, “Champagne.”

The tallest lays claim
to yellow. With their skin tones
none of the others can wear it.
She uses color as an artist
does, to make a point.

Different, yet the same, each
blossoms and grows, decorates,
intoxicates, and propagates
so that next year we'll
fall in love all over again.

Our friend, Linda, at Teacher Dance, is today's Poetry Friday host. Be sure to stop by!

Email ThisBlogThis!Share to TwitterShare to FacebookShare to Pinterest
Labels: hyacinths and other flowers, original poem 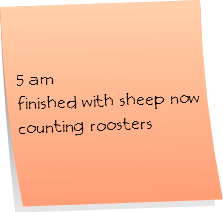 © Diane Mayr, all rights reserved. This is from the February Shiki Kukai. It placed third in the free format category. The assigned free format topic was "sleepless night."
Posted by Diane Mayr at 6:00 AM 6 comments: