Okay, I know better than to write a "hit-you-over-the-head-with-a-lesson" poem, but I got carried away. I can't tell you the number of times, over the past six months, I've seen photos of plastic trash in oceans and other waterways. It is truly horrifying to think of the wildlife being harmed, not to mention the pollution of a valuable resource--water. If we don't address the issue soon, we are doomed, thus, the need for didacticism (and this subpar poem). 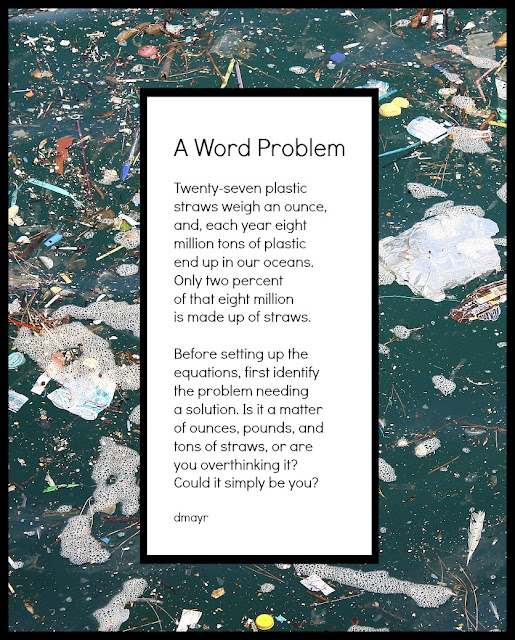 © Diane Mayr, all rights reserved. Image by giogio55 from Pixabay

Twenty-seven plastic
straws weigh an ounce,
and, each year eight
million tons of plastic
end up in our oceans.
Only two percent
of that eight million
is made up of straws.

Before setting up the
equations, first identify
the problem needing
a solution. Is it a matter
of ounces, pounds, and
tons of straws, or are
you overthinking it?
Could it simply be you? 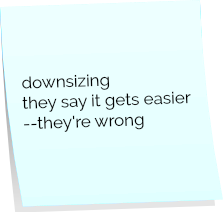 downsizing
they say it gets easier
--they're wrong
Posted by Diane Mayr at 6:00 AM No comments: 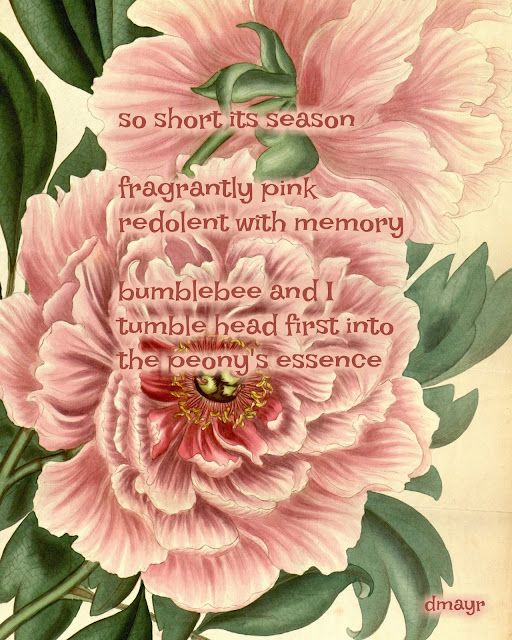 so short its season

bumblebee and I
tumble head first into
the peony's essence
Posted by Diane Mayr at 6:00 AM No comments: 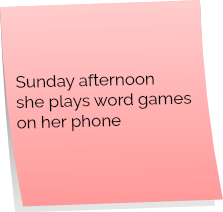 Sunday afternoon
she plays word games
on her phone
Posted by Diane Mayr at 6:00 AM No comments:

Yesterday I attended an impeachment rally on the Boston Common. The size of the crowd was only a few hundred, which I found rather disappointing, as did another attendee I overheard saying, "I was hoping there'd be a million people."

The three Women's marches had a festive feel, this march was different. The frustration and the anger were obvious. As was the sheer exhaustion.

Anger was not just directed at the mango menace, but at those in Congress who have yet to make up their minds on the impeachment issue. As if there was any question about high crimes and misdemeanors! 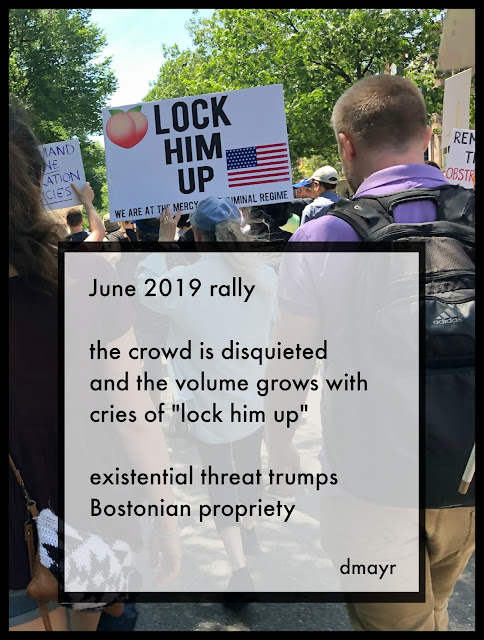 
Here are a few more photos from the rally: 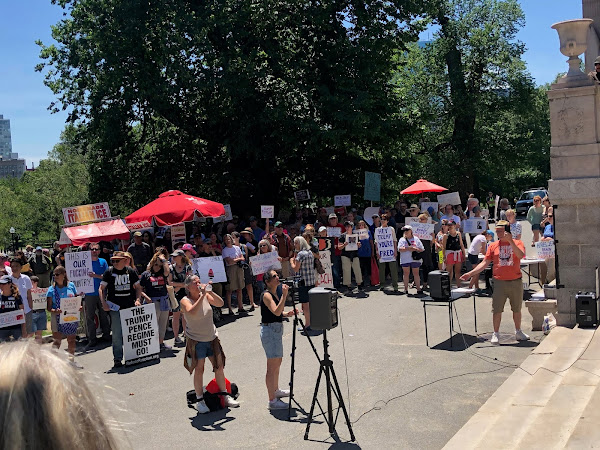 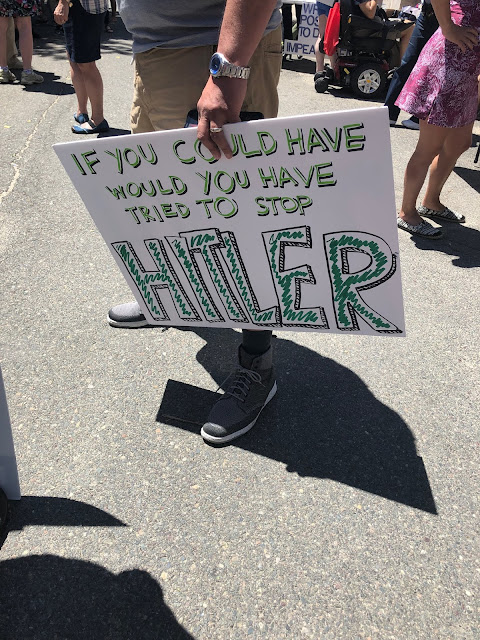 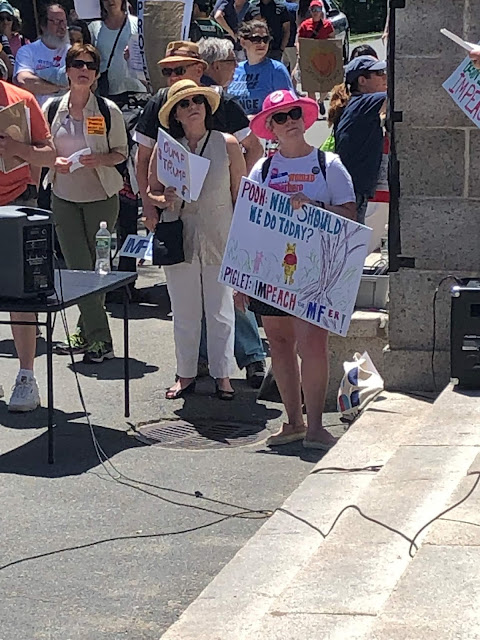 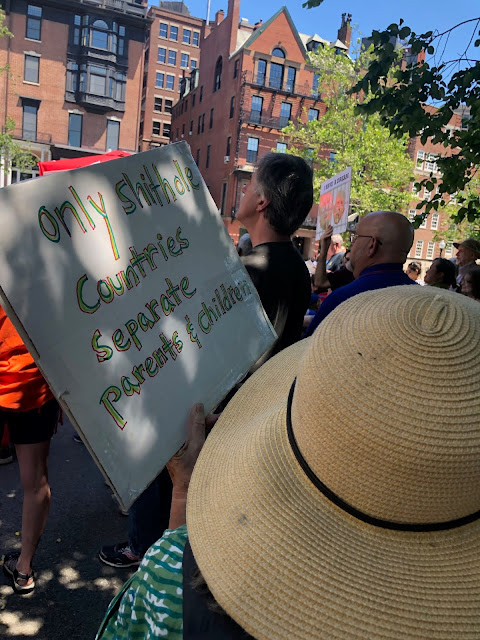 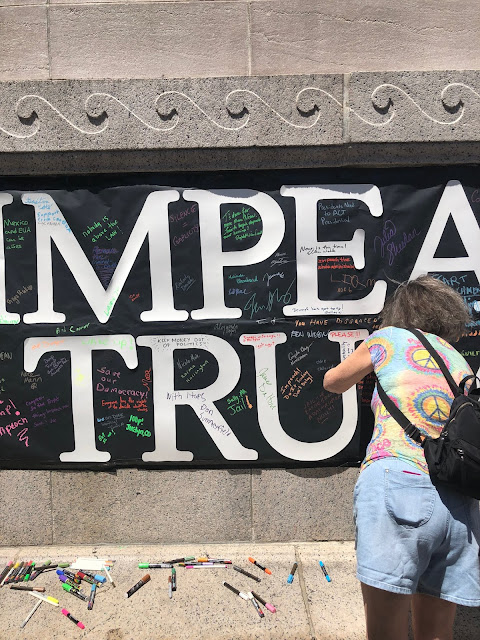 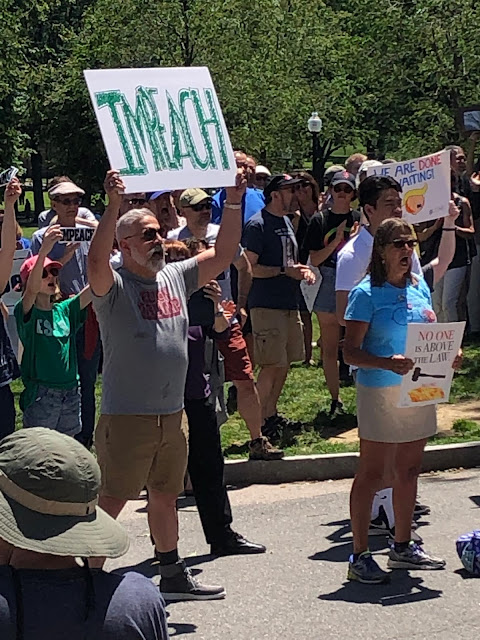 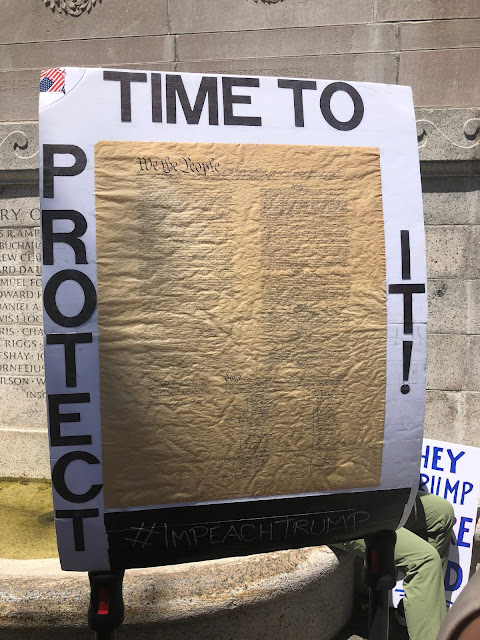 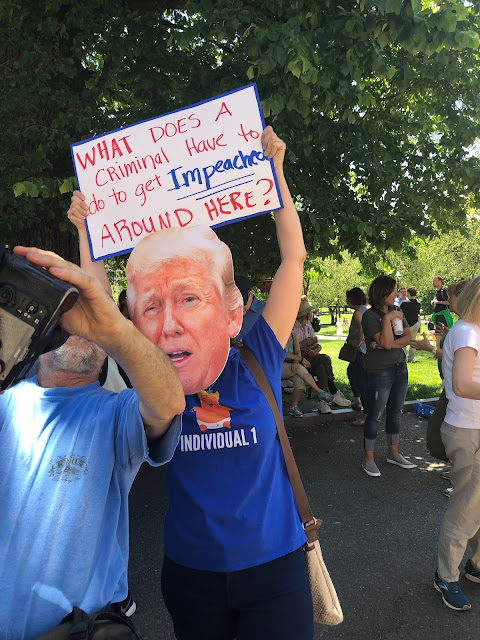 Back in late February, I posted a quote from Elijah Cummings on this blog's left sidebar. It's still there, and it's still relevant, but in case you missed it, here it is once more:

When we’re dancing with the angels, the question we’ll be asked: In 2019, what did we do to make sure we kept our democracy intact? Did we stand on the sidelines and say nothing? 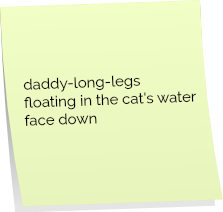 daddy-long-legs
floating in the cat's water
face down
Posted by Diane Mayr at 6:00 AM No comments: 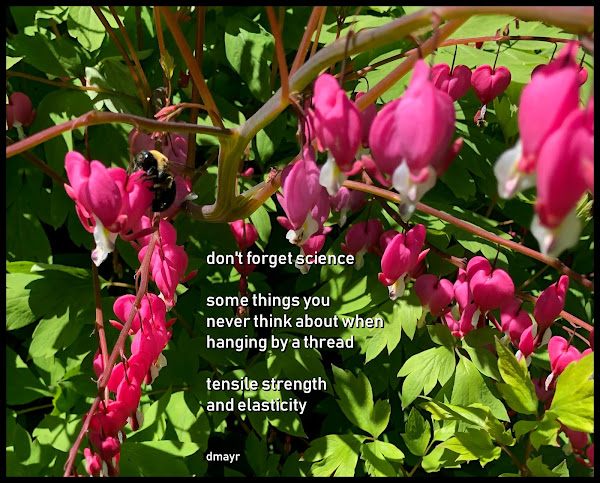 some things you
never think about when
hanging by a thread

I forgot to post this yesterday--it doesn't bode well for the next 500 haiku stickies! 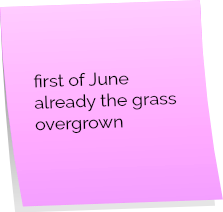 first of June
already the grass
overgrown
Posted by Diane Mayr at 6:00 AM 2 comments: 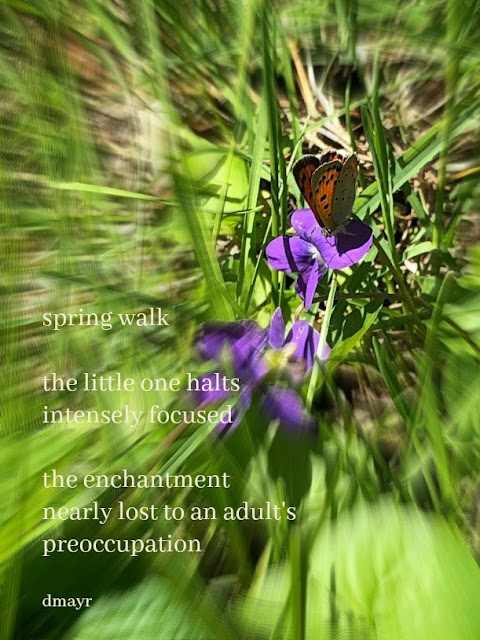 the little one halts
intensely focused

the enchantment
nearly lost to an adult's
preoccupation
Posted by Diane Mayr at 6:00 AM 2 comments: