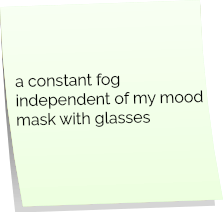 a constant fog
independent of my mood
mask with glasses
Posted by Diane Mayr at 6:00 AM No comments: 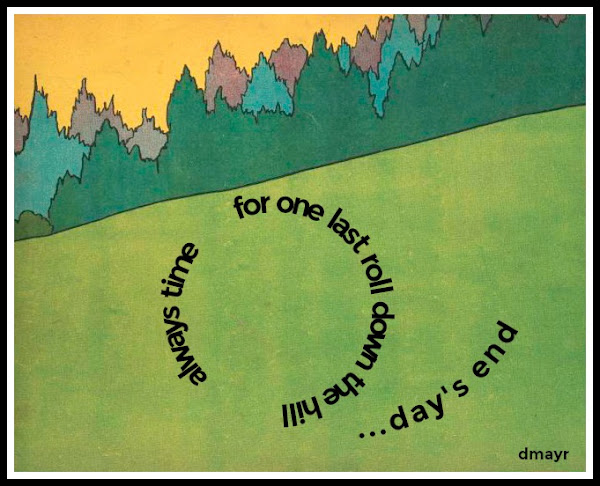 always time
for one last roll down the hill
...day's end
Posted by Diane Mayr at 6:00 AM No comments: 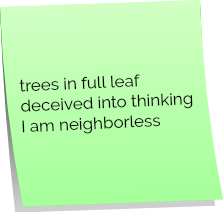 trees in full leaf
deceived into thinking
I am neighborless
Posted by Diane Mayr at 6:00 AM No comments: 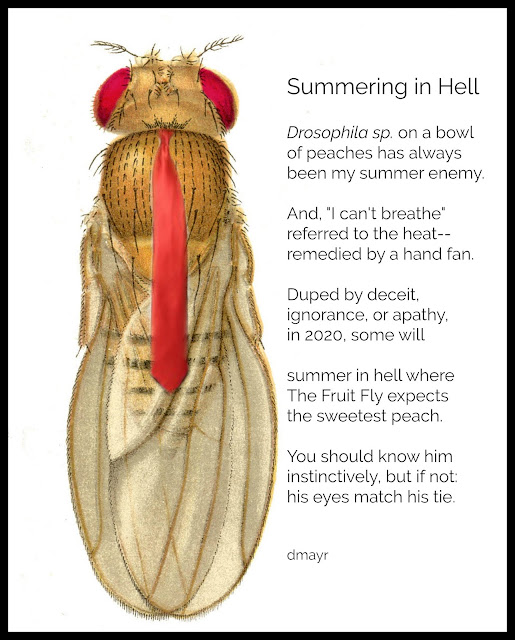 Drosophila sp. on a bowl
of peaches has always
been my summer enemy.

And, "I can't breathe"
referred to the heat--
remedied by a hand fan.

Duped by deceit,
ignorance, or apathy,
in 2020, some will

summer in hell where
The Fruit Fly expects
the sweetest peach.

You should know him
instinctively, but if not:
his eyes match his tie.
Posted by Diane Mayr at 6:00 AM No comments: 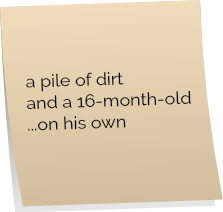 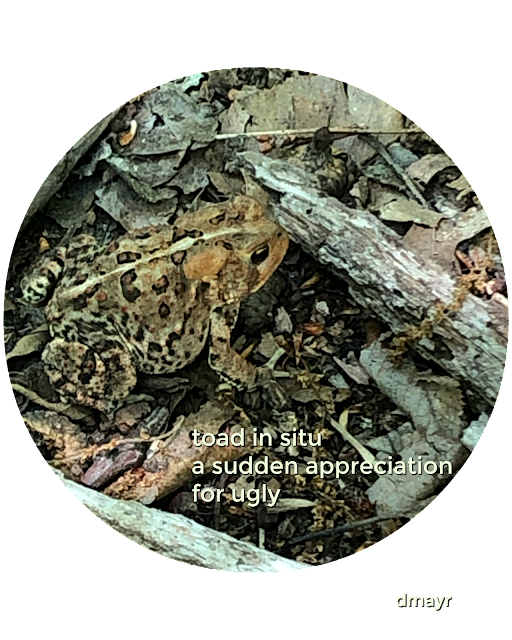 toad in situ
a sudden appreciation
for ugly
Posted by Diane Mayr at 6:00 AM No comments: 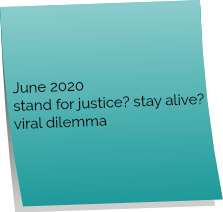 June 2020
stand for justice? stay alive?
viral dilemma
Posted by Diane Mayr at 6:00 AM No comments: 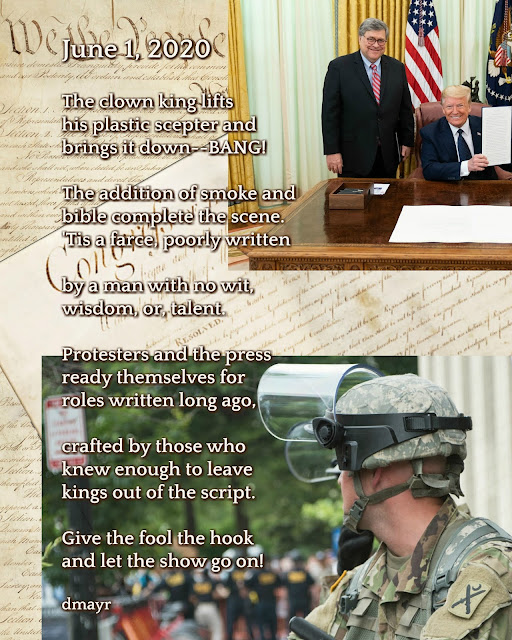 
The clown king lifts
his plastic scepter and
brings it down--BANG!

The addition of smoke and
bible complete the scene.
'Tis a farce, poorly written

by a man with no wit,
wisdom, or, talent.

Protesters and the press
ready themselves for
roles written long ago,

crafted by those who
knew enough to leave
kings out of the script.

Give the fool the hook
and let the show go on!

Today's Haiku Sticky is not a haiku, just a short poem in reaction to a country in the midst of dissolution. It was written before the threat of martial law issued last night by the greatest advocate of mischief. Do not be fooled, a mischief maker is not solely a prankster, and I did not write my poem with pranksters in mind. Merriam Webster's online defines mischief as:


1 obsolete : calamity, misfortune
2 a : a specific injury or damage caused by a person or other agency
b : harm, evil, or damage that results from a particular agency or cause
3 : a diseased condition : a cause of sickness
4 a : a cause or source of harm, evil, or irritation; especially : a person who causes mischief
b : the aspect of a situation or the quality of a thing that produces harm or causes irritation
5 : devil
6 a : action or conduct that annoys or irritates without causing or meaning to cause serious harm
b : the quality or state of being mischievous : mischievousness
7 : discord, dissension 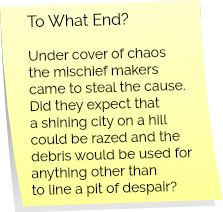 Under cover of chaos
the mischief makers
came to steal the cause.
Did they expect that
a shining city on a hill
could be razed and the
debris would be used for
anything other than
to line a pit of despair?
Posted by Diane Mayr at 6:00 AM No comments: