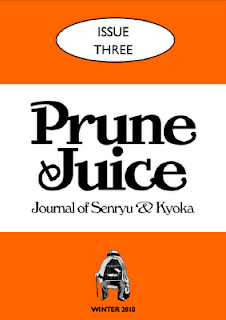 The latest issue of Prune Juice: Journal of Senryu and Kyoka Issue 3, Winter 2010, is now available online by clicking here.

You're not familiar with the terms senryu and kyoka? Simply put, a senryu has the same format as a haiku, but rather than Nature, it has human nature as its subject--human nature with all its foibles! Prune Juice's editor Liam Wilkinson describes it this way:

There it is, leaning on the mantelpiece, watching us go about our daily lives with a smirk stretched across its face.

In Japan, a kyoka is also known as a "mad" or "crazy" poem. As a senryu is to haiku, a kyoka is to tanka. For an explanation of the 5-lined tanka (a.k.a. waka), click here.

Below are two representative poems.

local landfill--
all the things
we had to have

he scrutinizes
their every play;
I'm in it
for the commercials
and their firm Super Bowl butts

I highly recommend spending some time with this delightful online journal!

Liam Wilkerson also edits 3LIGHTS: Journal of Haiku and Related Forms. The journal replaces the online gallery which I wrote about for a Poetry Friday post last year.

The Poetry Friday Round-Up for this week is hosted by Jone at Check It Out. Stop by!
Posted by Diane Mayr at 12:01 AM 6 comments: 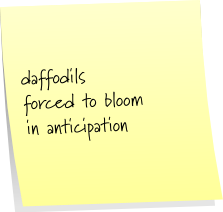 I've got a daffodil thing going this week. I posted a haiga at The Four Seasons of Haiku.
Posted by Diane Mayr at 7:18 AM No comments: 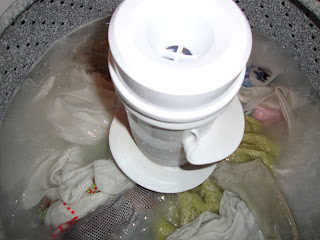 I was looking through some little poems I wrote last year at this time. I'd forgotten about this one! (My life is as exciting this year as it was last year!)

After I put the dirty clothes
in the washer and turn on the water
I stand with the lid open
watching the drum fill
listening to the sounds
of water plashing, rising
til it reaches the top.
The agitator takes over--
chooger chogger chooger chooger.
Round and round and
chooger chogger up and down
socks, shirts, pushed up
underwear, towels pulled down.
Sodden laundry hypnotically draws me in
until the click when the wash cycle ends.
The dreggy water drains
and I am roused and ready
with the fabric softener.

Check out the Poetry Friday Round-Up being hosted by Irene Latham.
Posted by Diane Mayr at 12:01 AM 5 comments:

Nice to Hear What Students Have to Say! 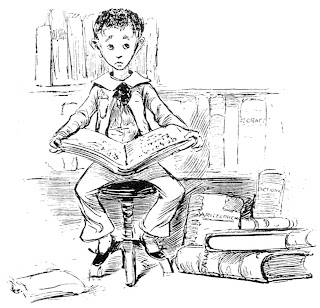 There has been lots of discussion lately about the role of books and by extension, libraries. The New York Times has summarized some student discussion on its blog. I found it encouraging that many still relish a turn-the-pages paper book. Yay!

But then again, these are students who are reading The New York Times! I'm afraid that if the general student population were polled, the discussion would be a bit different! Probably more like the student who suggested that library money would be better spent paying for "proms." (She also suggested spending it on "charities," which, although a nice thought, would be a political hot potato!)
Posted by Diane Mayr at 12:21 AM No comments: 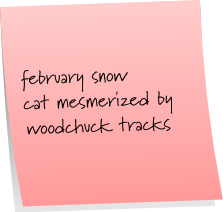 © Diane Mayr, all rights reserved
Posted by Diane Mayr at 6:31 AM No comments:

For Valentine's Day 1986, Ted Kooser wrote "Pocket Poem" and sent the tender, thoughtful composition to fifty women friends, starting an annual tradition that would persist for the next twenty-one years. Printed on postcards, the poems were mailed to a list of recipients that eventually grew to more than 2,500 women all over the United States.

In Kooser's introduction we learn that he sent the postcards to Valentine, NE each year to be postmarked "Valentine." Do you love this guy, or what?

Not only do I love the guy, I love his little poems, too! My favorite is "The Bluet," which begins like this

Of all the flowers, the bluet has
the sweetest name, two syllables
that form on the lips, then fall
with a tiny, raindrop splash
into a suddenly bluer morning.

If you're not familiar with the bluet, this is what it looks like: 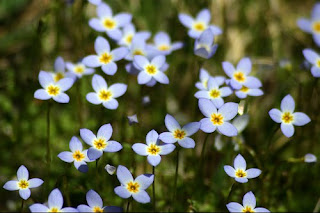 By Seuss
The ones shown are quite blue, the ones I see growing in New Hampshire are a paler shade--almost white in fact. (Not to get off on a tangent, but here's an article about color in flowers.)

Ted Kooser was on NPR two years ago when Valentines was first released. Click here to find recordings of the poet reading several of the Valentines. Consider the link as my Valentine to you!

Check out the Poetry Friday Round-Up being hosted by Lee at I'm Here. I'm Queer. What the Hell Do I Read?
Posted by Diane Mayr at 12:01 AM 2 comments:

If you write for children you definitely should be a member of the Society of Children's Book Writers and Illustrators, SCBWI.
Posted by Diane Mayr at 7:00 AM 3 comments: 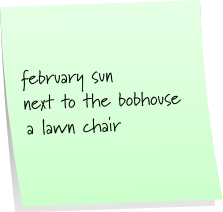 In case you're not familiar with the term "bobhouse," it's a small, portable building used by ice fishermen.
Posted by Diane Mayr at 7:36 AM 1 comment:

Two Fridays ago I shared a winter haiga (an illustrated haiku). I had such fun creating it, I decided to do another! 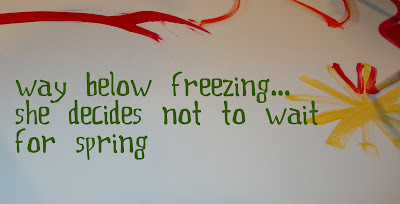 I used a photo that I took at Kindling Words during one of our get-to-know-you group activities. The canvas was still fresh when I took the photo below: 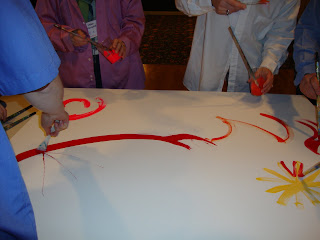 I cropped out most of the photo for the haiga! 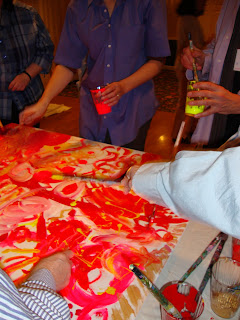 We filled every inch of canvas with color! Our prompt word was "fire."

See what everyone else has to share today by visiting the Poetry Friday Round-Up hosted at Great Kid Books.
Posted by Diane Mayr at 12:02 AM 3 comments:

My Kind of Commercial!

Unbridled Books is a small publisher from Arizona. The company has been in business since 2003. I like their style!
Posted by Diane Mayr at 6:11 PM 1 comment: 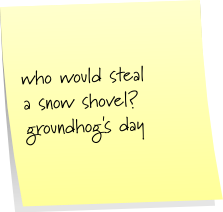 © Diane Mayr, all rights reserved
Posted by Diane Mayr at 7:31 AM 1 comment: