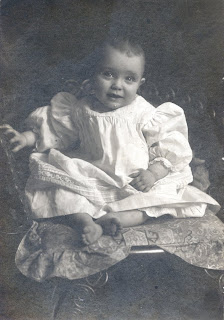 When I was a child we used to send rolls of film away in envelops to be developed. A week or so later, another envelop would come back with twelve white-rimmed photos. One time, though, in the midst of our photos were a few pictures of an old-fashioned living room that had an armchair topped with an antimacassar. No people inhabited the photos. We had no idea where the photos were taken, nor to whom they belonged. (We also had no idea where our photos ended up!) But, we didn't throw the alien photos away. We kept them in the envelop, and years later, when someone decided to put photos in albums, the pictures ended up in an album! 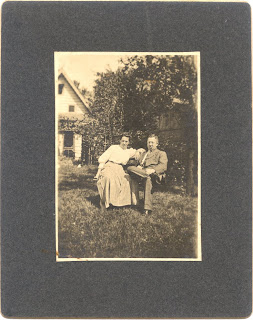 Photos have an odd hold on me. I'm always afraid to throw one out. I must be a little like the native peoples who believed that photographs captured their souls. Over the years I've saved peoples' souls by purchasing photos in flea markets, on ebay, or from a box of old books donated to the library. I've added them to my collection of Non-Family Family. 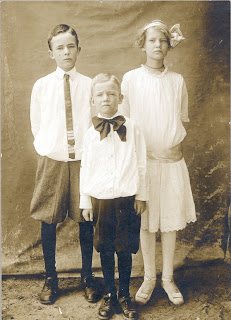 I love the one above. I don't know if you can see the details, but the children are standing on dirt. The backdrop is heavily cracked. If I had to guess, I'd say that some traveling photographer arrived in town and set up business outdoors where there was an open spot. Townspeople dressed up their kids and had a portrait taken, perhaps it was the one and only professional photograph the family ever had made. 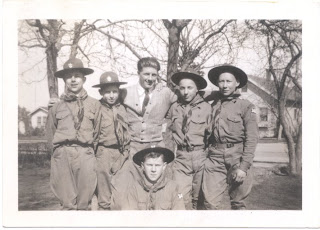 Someone took the time to identify the people in this photo. In pencil on the back it reads,