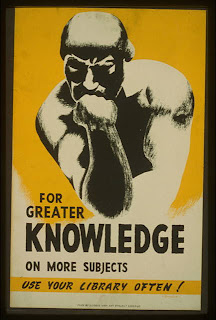 Propaganda, according to the Random House Dictionary, is

–noun
1. information, ideas, or rumors deliberately spread widely to help or harm a person, group, movement, institution, nation, etc.
2. the deliberate spreading of such information, rumors, etc.
3. the particular doctrines or principles propagated by an organization or movement.

I'm not going to make this a political post, but I simply want to state that people need to be aware of the rumors that are deliberately being spread in the healthcare debate now going on in the U.S. As citizens, we need to be on guard not to swallow whole everything we read or hear. (I'm sure I'm preaching to the choir, dear reader, I know you're not one of the sheeple.)

To learn a little more about how propaganda is used, go to Propaganda Critic, and take a look around. I'd especially recommend the videos.