Happy Friday and welcome to the Poetry Friday Round-Up coming to you from the great states of New Hampshire and Massachusetts. I hope to get everything posted before I head off to Salem, MA for the Mass Poetry Festival, which is taking place this weekend. Check out the varied offerings here.

To start things off, I'm going to share a short segment of a poem by Galway Kinnell, "Flower Herding on Mount Monadnock." 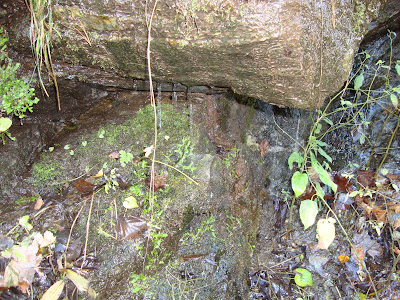 9
From a rock
A waterfall,
A single trickle like a strand of wire,
Breaks into beads halfway down.

I know
The birds fly off
But the hug of the earth wraps
With moss their graves and the giant boulders.

Without further ado, here are the offerings from this week's Poetry Friday participants:

At Kids of the Homefront Army, we're a few steps away from the end of the war--only four more poems left to post after today. Today's poem is "My Musical War."

Kurious Kitty is taking the day off from the library, but she does have a quote by Kay Ryan at KK's Kwotes.

The Write Sisters' contribution for this week is "Time and the Garden" by Ivor Winters.

Early Birds (or late night birds, depending on your point of view):

Robyn Hood Black stopped by last night to say that Carole Boston Weatherford is visiting her blog with a behind-the-scenes look at Becoming Billie Holiday. Robyn includes an interview with Carole and the poem "Ain’t Nobody’s Business If I Do."

April Halprin Wayland also dropped in to tell us about an original poem she is sharing at Teaching Authors. The poem commemorates Teaching Authors' Third Blogiversary! Congratulations on that milestone. They're also holding a contest with three prizes of $30 gift certificates for books! Join me in extending a big happy birthday wish to April!

Fanny Harville takes a look at anthologies and shares one of my favorite poems, Eleanor Farjeon's "Cats Sleep Anywhere."

At The Drift Record, Julie Larios has a Robert Herrick poem, "An Argument of His Book." Ah, spring!

Renee LaTulippe writes to tell us about three guest poets she featured at No Water River this week: Irene Latham, Charles Waters, and Greg Pincus. 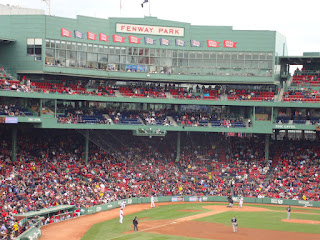 I hope you've been following Tabatha Yeatts' series of "Fictional Favorites." The latest entry is here. Jama Rattigan's choice of a fictional character is typically Jama, and Laura Shovan's is a bit unexpected. Make sure you stop by!

Heidi Mordhurst adds her line to the 2012 Kidlit Progressive Poem. I must say, she put a whole lot of thought into that line, too!

Betsy, at Teaching Young Writers, invites everyone to join her in chalking poetry! Who can turn down an invitation like that?

Ruth's original poem is not to be missed! To find out how readers, writers, and Windex are connected, click here.

Laura Salas has been busy with her haiku of the day at her blog, and is understandably proud that she has a poem, "Unwrapped," at YourDailyPoem.com. Also, check out this week's poems in her "15 Words of Less" challenge.

Katya Czaja explains her passion for Ray Bradbury's Dandelion Wine and shows us her attempts at making wine from those little yellow flowers. We'll have to wait several more months 'til she can tell us if her efforts were successful!

Irene Latham lets us in on a secret and then sends us off to an opportunity to win a copy of her book, The Color of Lost Rooms.

At Hope Is the Word, Amy features a biography by Marilyn Nelson, Carver: A Life in Poems. (I've read it, it's marvelous!)

The Poem Farm, the letter "S" is up for Amy Ludwig VanDerwater's pick-a-word challenge. She wrote "Silver" in response. "S" is also for Sylvia Vardell, and Amy has Sylvia in to talk about her new book, The Poetry Teacher's Book of Lists. There's a give-away, too! Amy's other blog, Sharing Our Notebooks, poet features the notebooks and process of Rebecca Kai Dotlich.

Excuse this break for a BLOGGER RANT! I just found out that two of my other blog posts DIDN'T automatically post at 12:01 am. What's up with Blogger of late? I've never had problems with automatic posting and now this week it's happened several times. A few weeks ago, people had trouble commenting (I prayed that it all get straightened out before today, and it seems that it did). Aaaahhh! (Imagine a primal scream.) So, please go back and visit Kids of the Homefront Army and KK's Kwotes again. The posts should be visible!

Linda at TeacherDance shares the fifth in a series of poems about childhood--words from a wise and proud grandmother!

David Elzey claims to have hit a wall in his personal twitku challenge. Let me go on record as saying I don't think so!

Alice at Supratentorial compares William Carlos Williams' "This Is Just to Say," with a poem of the same name from Gail Carson Levine's Forgive Me, I Meant to Do It: False Apology Poems.

At Picture Books & Pirouettes, Kerry Aradhya is highlighting a rhyming picture book about the Texas Two-Step, Dance, Y'all, Dance, no doubt the choice of subject is related to Kerry's trip to Texas!

Elaine Magliaro has an original for us this week at Wild Rose Reader, "Things to Do If You Are a Nightlight." And, every week during April, she's giving away a children’s poetry book!

Elizabeth Bird at A Fuse #8 Production must know I'm a librarian--she chose "a dewey decimal mind" to share this week. I have to ask, Elizabeth, what do you think of the BISAC classification scheme for public libraries? I don't think much of it since I have never been able to find a book at a bookstore! It doesn't seem to be much of an improvement in a MA library that has switched over--just sayin'...

Sally Ito from Paper Tigers, tells us about the Poetry Month activities going on in Canada. It's a great big poetry world!

Liz Steinglass has an original "tweet-able" poem at Growing Wild called "Hear Me?" She's been inspired by Michel Martin on NPR's Tell Me More.

Gregory K. at GottaBook features Hope Smith's moving poem, "Education/Application," as part of his "30 Poets 30 Days" series. Make sure you go through all 20 days--a real treat!

That'll teach me to leave for a few hours! I come back and there's a whole 'nother crop of links to post! Here goes:

Debbie Diller's introducing a form that I wasn't familiar with--a doublet. She's sharing her own "How Can You Change Sleep into Dream?" as an example.

Sara at Read Write Believe tells us how she got "sucked" into "Postcards from Poets" and goes on to share a piece of advice found in the archive. Plus, she includes "A Bird in Hand" by Amber Flora Thomas for us to ponder.

At A Year of Reading, Mary Lee's original "What to Do If You Are a Domino" is included with the briefest of explanations of it's development--it seems that Mary Lee is out somewhere there is limited access. (I can sympathize--I don't think the place I'm staying at tonight has WiFi, so I'm hurrying to post all the links before leaving. I beg your forgiveness if I don't get to yours.)

Camille has found a new collection by Mary Ann Hoberman, Forget-Me-Nots: Poems to Learn by Heart and she's sharing it today at A Curious Thing. Camille says, the book "has a strong emphasis on memorization with tips and techniques at the end," which for someone like me--forgetful--should be of use.

Elaine Magliaro stopped by again to tell us that at Blue Rose Girls, she has "A Book and a Chair: Two original Poems about Reading to Young Children." Nanny Granny Elaine proudly dedicates the second to 8-month-old Julia, who, from the photos included, is starting to devour books!

At Write On the World, Mandy Webster shares an example of how art inspires art--her son, Corbin, wrote several poems based on the book Far North by Will Hobbs. Good job, Corbin!

After a brief break, Hey, Jim Hill is back to Poetry Fridays. Jim's got a poem, "Sing a Song of Unicorns," which he says is "an intentionally schmaltzy piece with rainbows and unicorns." (I'd say he's right about the schmaltz part!)

Up in Maine, Donna is writing a poem a day for April in the "A to Z Challenge." She's up to "R," for rooster and rhinoceros, don't miss them at Mainely Write.

Lorie Ann Grover has two blogs to report on today: at readertotz she recommends the rhyming picture book, Demolition by Sally Sutton, and at On Point she has a poem called "Water Falling" accompanied by a photo of what looks to be an old New England mill town.

Jone and her kindergarten poets will have to be my last link for today.

Okay, one more: Books4Learning treats us to the delightful Peaceful Pieces: Poems and Quilts About Peace by Anna Grossnickle Hines.

I'm running REALLY late, but all this great poetry makes it worthwhile! Have a fabulous weekend! I'll check in after I return.
Posted by Diane Mayr at 12:01 AM