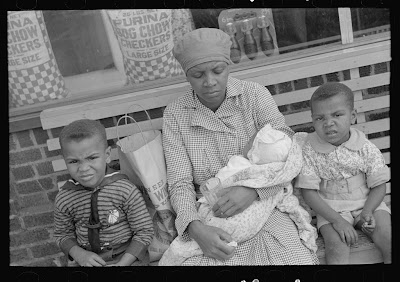 Here is a poem that speaks to every woman who has ever had to spend her days and nights taking care of her family. I'm not saying that there aren't rewards to being a wife and mother, just that it can sometimes mean that palaces will go unbuilt.

She wanted a little room for thinking:
but she saw diapers steaming on the line,
a doll slumped behind the door.

So she lugged a chair behind the garage
to sit out the children's naps.

Sometimes there were things to watch--
the pinched armor of a vanished cricket,
a floating maple leaf. Other days
she starred until she was assured
when she closed her eyes
she'd see only her own vivid blood.

She had a hour at best before Liza appeared
pouting from the top of the stairs.
And just what was mother doing
out back with the field mice? Why,

building a palace. Later
that night when Thomas rolled over and
lurched into her, she would open her eyes
and think of the place that was hers
for an hour--where
she was nothing,
pure nothing, in the middle of the day.

A Year of Reading is the place to be for the Poetry Friday Round-Up.

Photo by Russell Lee courtesy Library of Congress.
Posted by Diane Mayr at 12:01 AM