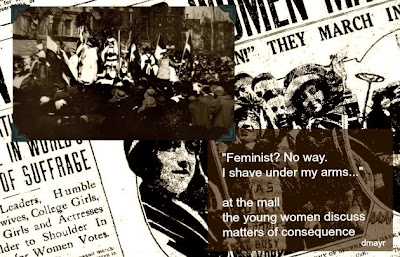 On this day in 1913, thousands of women, and their supporters, marched for women's suffrage in Washington, D.C. There was also a lot of opposition to the marchers, and mistreatment of the marchers led to Senate hearings.

It would be seven more years before women were granted the right to vote by the 19th Amendment to the Constitution.

The Des Moines News front page story was typical of the coverage of the event. They stated that the crowd was seven thousand strong, and they engaged in a little all-American boasting, "Demonstration Most Elaborate in World's History of Suffrage." 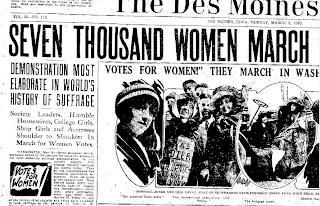 The photo of suffragists and the crowd courtesy Library of Congress.
Posted by Diane Mayr at 6:11 AM