It's March, and although I had a super time with Laura Shovan's Pantone Poetry Project, I'm happy to be moving away from color prompts!

I posted three color poems earlier in February, and today I'm going to share ones I created later in the month.

The first color is "Dubarry," which is similar to the color of Du Barry's gown in this painting by François-Hubert Drouais (1770). 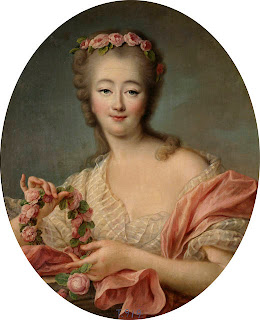 The young women's pregnancy had ended badly.
Her child was still-born, dead upon arrival.

Undoubtedly grieving, the woman had failed
to report the child's demise to those in power.

"Guilty of infanticide!" They declared and
demanded she swing from the gallows.

Sometimes men feel the need to play god,
but without a divinity's love and compassion.

"Have mercy on this young woman,"
Madame du Barry wrote to the Chancellor.

And, as it turned out, du Barry's powers
far outweighed those of France's false gods.

Real gods are asexual and du Barry
knew that these men of power were not.

If you've been following women's issues here in the U.S., I think the above poem may ring some bells. (Everything old is new again.)

The next is a riddle disguised as a poem! The prompt color is "Solar Power." 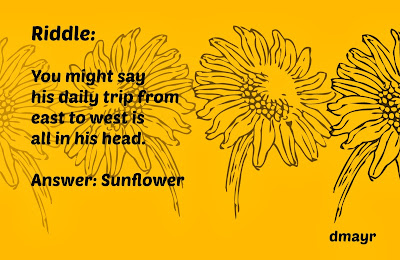 My current favorite from the project is the following. The prompt color is "Plein Air." The image is from a postcard courtesy NYPL Digital Library. I tweaked the color to correspond with "Plein Air." 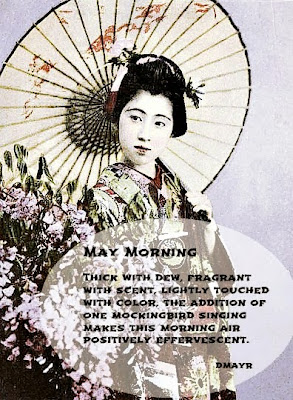 I challenged myself to get all the senses into a short poem. I love the word effervescent since, if you think of soda, not only does it have taste, you can hear the fizz, feel the tickle in your nose, smell the gas from the bursting bubbles, and watch the whole thing sparkle!

This next poem is a little odd, I'll admit, but it was in response to the prompt, "Peacock Green." The image is cropped from a photo of a bedraggled peacock I came upon at a park in New Jersey. Many years ago, here in New Hampshire, I would sometimes be awakened on a summer's night by a horrendously loud, unrecognizable cry. It took a long time before I found out it was a peacock in the neighborhood! Peafowl, and other exotic animals, don't belong in NJ or NH! 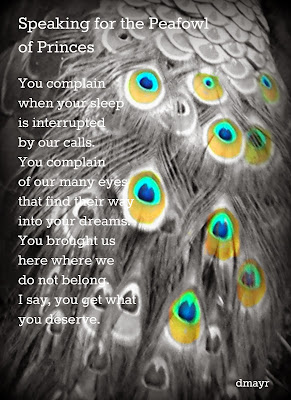 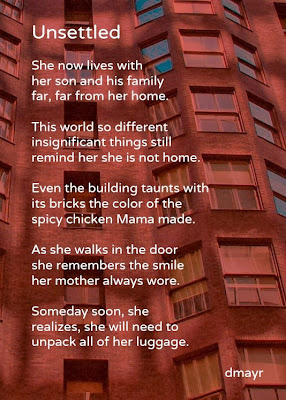 I don't want to end my participation in the project without publicly thanking Laura Shovan and all those who took part. You are all awesome! Margaret at Reflections on the Teche was one of those who wrote color poems and this week she is the Poetry Friday Round-Up host!