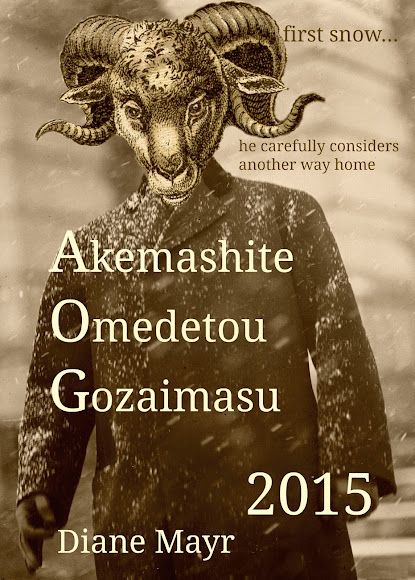 It's that time again--Happy New Year! As a haiku poet, I've been participating in an annual New Year's haiku postcard exchange, a Nengajo, for 6 years. I'm half-way through the zodiac!

I have to admit, this year's postcard was the hardest one yet to put together. I had a hard time wrapping my head around sheep as being an inspiration! I came up with a number of versions, all, except the one above, I rejected--mostly because the image was not high enough resolution to reproduce well in print. They reproduce fine online, so I'm able to share. (If I'm going to be honest, I really enjoyed the process of putting a ram's head on a human's body! I'm getting a bit better at doing things like that! I also admit, the ram-man is a little creepy!)

A few explanatory notes: "first" is a word (kigo) used to imply a new year without coming right out and saying it. Wool, yarn, knitting could be considered in the same way--as implying sheep without saying it. I didn't mention sheep or wool in the postcard above, so, I used a ram's head in the design, and the calm and dependable characteristics of a sheep are referenced in the haiku.

Here are a few of the "rejects." The first two use the knitting theme. This one would have been rejected on the basis of the sickly green coloration, even if it had been suitable for print! The photo is from a 1918 book the Handbook of Wool Knitting and Crochet. Somewhere along the line, I tinted it green. What was I thinking? 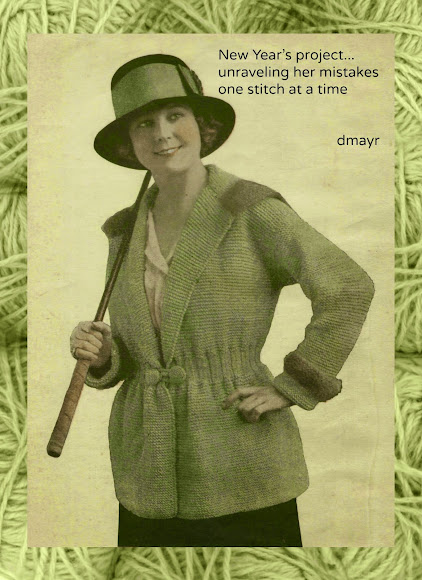 A variation on the green-lady haiku is used here: 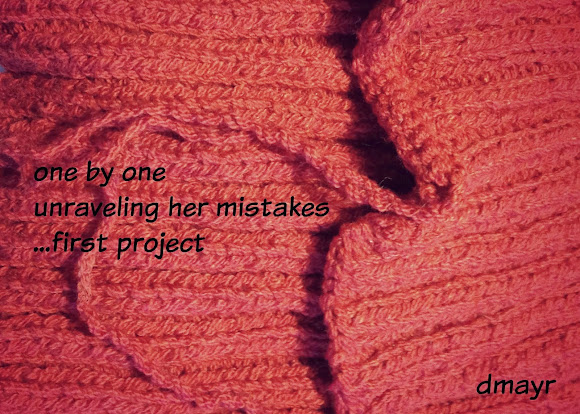 This next one is completely different and implies a sheep that is willing to go against the accepted order of things. Not very sheep-like, but overall, not a bad haiga. 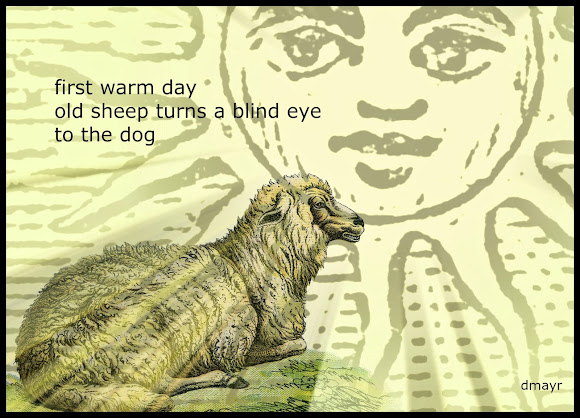 For prior years' Nengajo postings, click on the Nengajo label on the right-hand side of the page.

Nengajo postcards went on sale in Japan on October 30. Nengajo is a big deal in Japan. Here's a link to some free downloadable 2015 designs that are available online in case you want to initiate an online Nengajo with your friends.

I have postcards left over, if you'd like one sent to you, please email me privately with your address dDOTmayrATcomcastDOTnet. I'll send them while supply lasts.

Next year, 2016, is the year of the monkey--that should be fun. I hope to get my design ready a whole lot earlier than I did this time around--I didn't order my postcards until November 29! I wish I had taken more time with the printed version. The colors in the printed version didn't come out as I thought they would. I think the postcard looks better here on the blog. Ah, well...

Wishing everyone a poetry-filled 2015. Start off by visiting The Miss Rumphius Effect for the Round-Up.

Come back next Friday when I pick up on the Ku-dos to Emily project once again. (Click on the Ku-dos label on the right if you want some background on the project.)
Posted by Diane Mayr at 12:01 AM