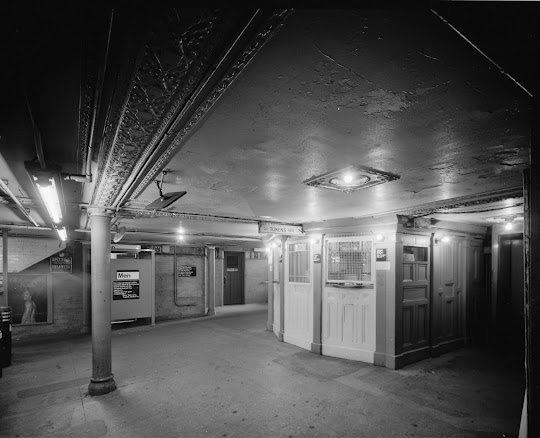 This is the last week of Laura Shovan's Sound Poem project, which is taking place at Author Amok.

For yesterday's challenge we were sent to 2 pages of train sounds and had to pick one that inspired us. I didn't need to go beyond the first sound, a subway train. It brought back a flood of memories in which every one of my senses was reawakened. The strongest memory is of walking between moving cars and the louder than loud sounds of steel wheels on steel rails, but I don't mention the between cars business in the poem. It's probably against the law to pass between moving cars!

We didn't travel to
Manhattan often, but
the trips involving
a subway station have
stuck with me for
a half-century. It was
the late 50s or early 60s--
the subway an express
ride for my
suburban five senses.

The station with its

Smells of
axle grease, and piss--
every stairwell or
tunnel reeking of it.

Feel of
dirt--"Don't lean
against anything!"
body grease on stanchions
nose prints on windows.

Taste of
one peppermint Chiclet
from a cardboard packet.
You got two for a penny
from a tiny vending
machine affixed
to a steel column.

Sights of
everything
New York had to offer,
which included
mostly people.
All ages, all races,
all religions (especially
the leafleting ones),
and all classes
from bums to business men.

Also spotted was
the occasional cat
in a handbag, and
glistening globs
of spittle on
the platform--
despite spitting being
unlawful, and subject
to fines and/or imprisonment.

To this day, I can't
recall a single one
of our destinations.


I'm not the only one who remembers the old subways of New York. Here are two links to follow if you're interested in taking a trip down the memory subway tunnel: 1. Gothamist; 2. The Atlantic: CityLab.

Here's a close-up of the no-spitting sign seen in the above photo. I could never understand the reasoning behind the sign (aside from the fact that it was gross) until I learned that it was a carry-over from the time when tuberculosis ran rampant in New York and not spitting could save lives. 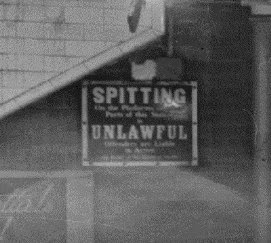 Since March is right around the corner, Heidi Mordhurst is throwing another poetry challenge at us. Read about it at My Juicy Universe where Heidi is also hosting the Round-Up.