Last week I posted a number of workplace haiku, this week I'm posting one more. This one is illustrated and is part of my Ku-dos to Emily project, in which I write haiku inspired by Dickinson's poems and then illustrate them. I haven't posted a ku-do since April, so maybe it's time to get going on the project again. 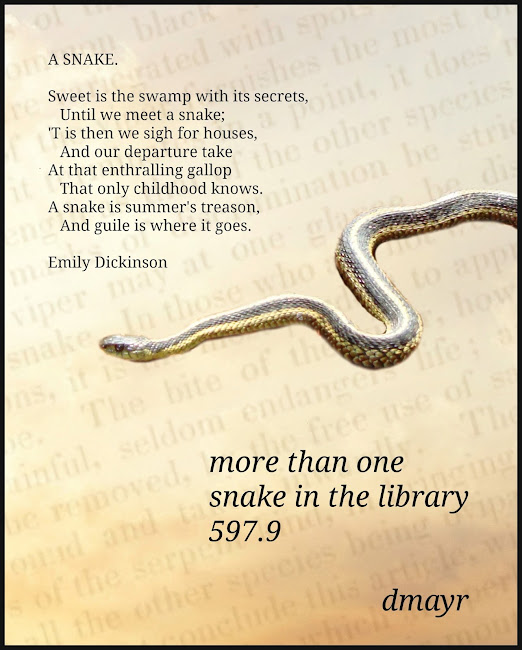 597.9 is the Dewey classification number for reptiles. The Garter snake in the picture is one that was in a patch of daylilies outside the library a few years back. It was about 2 feet long. But, as the haiku suggests, "more than one" snake has visited us--we've had several Eastern Hognose snakes INSIDE the library! I have no idea why or how they came to be inside, but we carefully moved them out. They were only pencil-sized, but some people don't seem to appreciate snakes in the library no matter how cute and tiny! It turns out, Eastern Hognose snakes are endangered.

I've written snake haiku before--everything is fair game for haiku--and other poems about snakes, too!


June 2010 (Snake isn't mentioned, but it is what inspired me to write the following, which I originally illustrated, but requires more work before being ready to post.)

out for a walk
the women's chatter
suddenly stops

Hens like little soldiers patrol
its path always on the lookout
for a weevil to swallow whole.

Or a snake. Chuck, chuck,
chuck, chuck. They strut plucking
at weeds between the daisies.

They look up at the towering
hollyhocks, ignorant to the fact
that spores of rust are in the wind.

One day soon the gardener
will tear out the infected plants
and the hens will be soup. 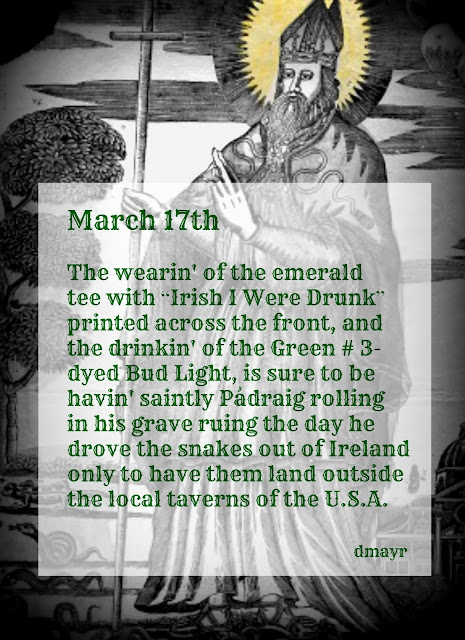 Amy at The Poem Farm will be playing host to the Poetry Friday Round-Up. Please stop by!