I won't even pretend I understand how this works (despite the explanation in the article where I found this video), but I think it might be fun to write poems to float in a pond or pool. The terser the better!

Some thoughts: could the plastic words be anchored in some way to have the poem, as written, become part of the water? Could the plastic words be left to float untethered with the possibility that whole new poems could form? What would a buildup of algae do to the shadows? Poems could also be printed on artificial lily pads and anchored the way real waterlilies are. Makes me wish I had a pool of water to play with.


I checked through my files and found these water poems:

treading water...
a dragonfly alights
for a second

I used to visit relatives, who had a home on a lake, and I'd float on the water in an inner tube for hours. Dragonflies would often visit.

A tanka rather than a haiku. I'm not quite sure what I meant when I wrote it, but I think it may have been a picture challenge. There was probably a prey animal drinking at a watering hole.


vernal pond...
swan dips its neck into
the sunset


And here are haiga I found: 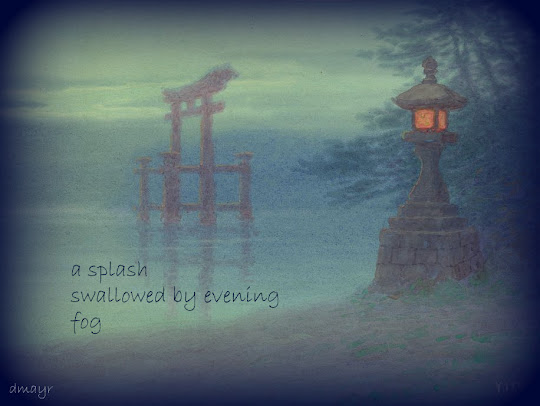 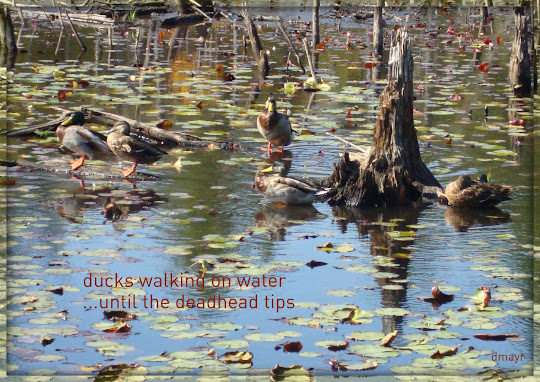 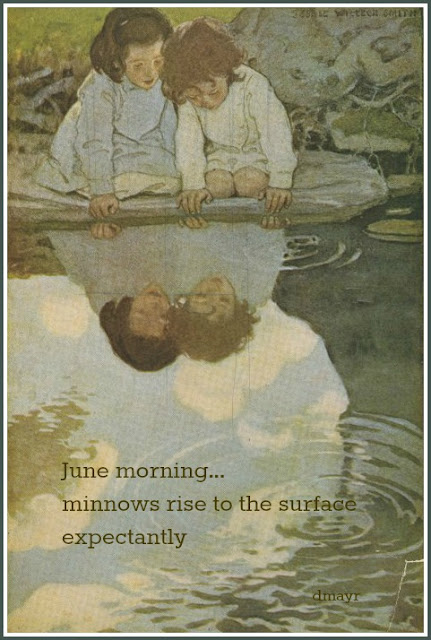 Head over to Buffy's Blog where there's poetry galore being linked at the Round-Up.