Amy Souza, the woman who began the Spark: art from writing, writing from art quarterly challenge, hosts another challenge in between the Spark months. It is a postcard exchange wherein one creates original art on a postcard that is sent to individuals in assigned groups. I had to create four pieces to send to women in California, Vermont, Washington, and Wisconsin. As to what should go on the postcard, Amy said,


Your creativity is the limit...anything that will go through the postal system works.

A photograph (taken by you) and printed on a card; a drawing, painting, or collage; an erasure poem; an existing postcard altered in some way.

We had the month of April to complete the assignment and send out the postcards.

I love spring, and the reappearance of birds, so, I decided to go with an avian theme. I wrote four short poems that I then illustrated. I created them in 4 X 6" size so that I could have them printed at CVS. (Unfortunately, the photo paper seemed really thin, so I ended up putting the poems in an envelop rather than sending them as postcards.)

I managed to get them mailed in time, so, I hope the recipients have received them by now.

A haiku (the birds are only implied): 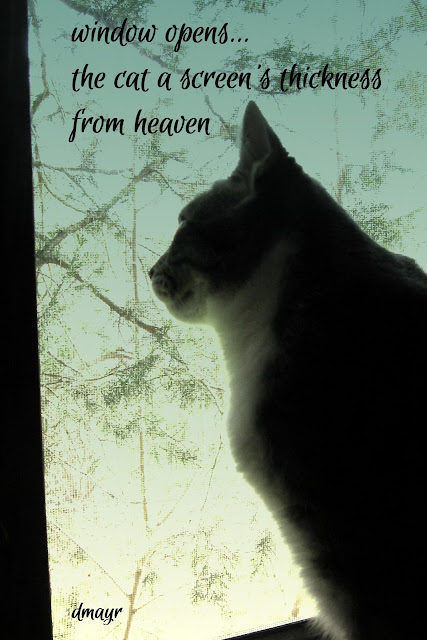 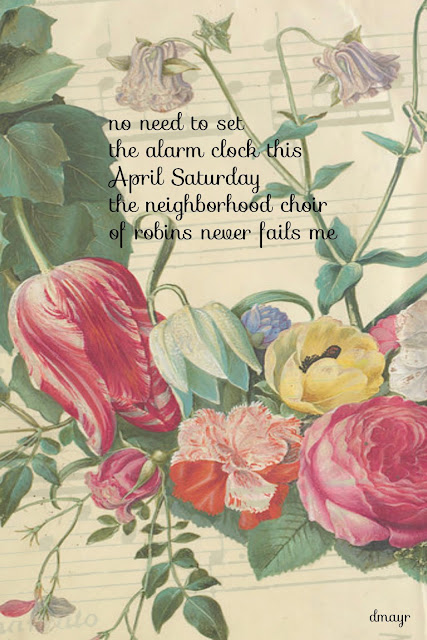 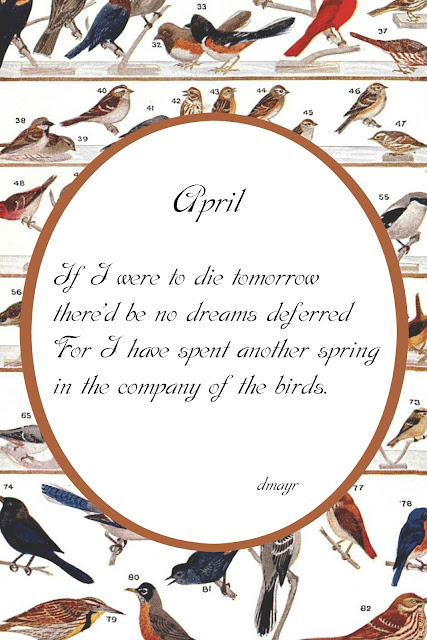 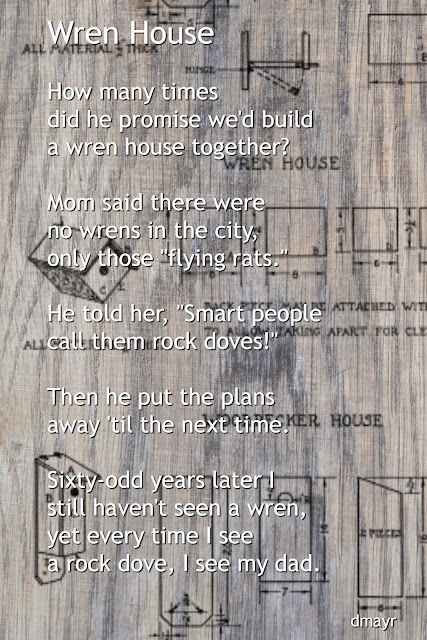 You may have seen that cat photo before, it's my indoor cat, Skippy. I've used it with other poems, however, I altered the photo significantly, so it doesn't look exactly like the other illustrations. The other three poems I illustrated using public domain images.

Don't forget the Poetry Friday Round-Up is being hosted this week by Sylvia at Poetry for Children.

Be sure to come back next week when I'll be sharing my Massachusetts Poetry Festival experiences of last weekend-- that is, if I can read my notes!