It's time to leave politics aside for a few days and I'm not going to attempt an original poem, it's a day for light-hearted holiday fun. 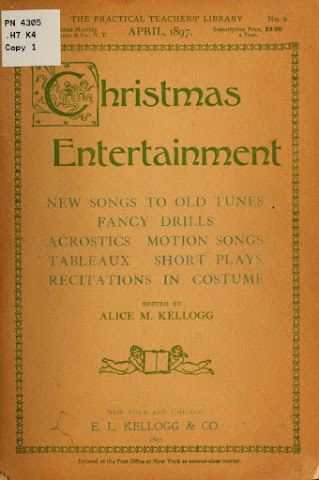 On the off-chance you're not familiar with the tune "Ta-ra-ra Boom-de-ay," here's a recording of it sung from the sheet music, which allows you to read along.

The song is reported to have originated in the 1880s in a St. Louis brothel where it was sung by a woman named Mama Lou. It was first publicly performed in Boston for a 1891 musical review called Tuxedo. "Ta-ra-ra Boom-de-ay" became a music hall favorite in England. Considering the tune was adapted for use by American school children by 1897, it must have been fairly popular in the U. S. and had lost its off-color connotation. The tune was resurrected in the late 1940s for the theme song of the children's program, Howdy Doody!

Stop by Buffy's Blog for the Round-Up. Then, let us all be merry! See you next week for the last Poetry Friday of 2017. How can that be?