Last Saturday I joined millions of women, men, and children who attended the second annual Women's March at locations across the country and around the world. Instead of going to Boston, I stayed in New Hampshire and attended the march in Portsmouth. The powers-that-be in Portsmouth thought the crowds would be too big and so they took away the march part. A gathering with speeches and the Leftist Marching Band had to suffice. And it did. The march was covered by Seacoastonline.com and is found here.

The spirit of the women was infectious and I was pleasantly surprised to see so many young people. Here are a few of the photos I took: 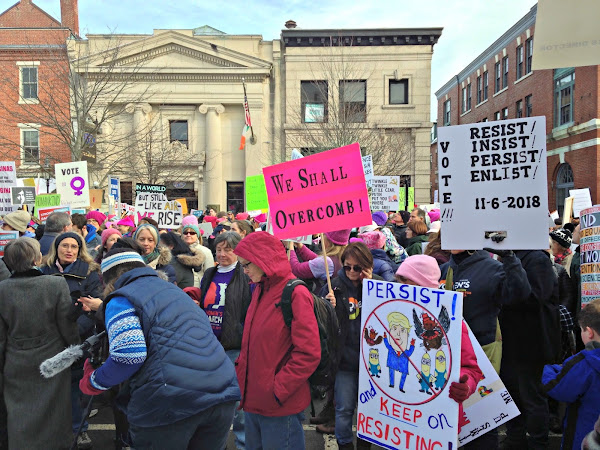 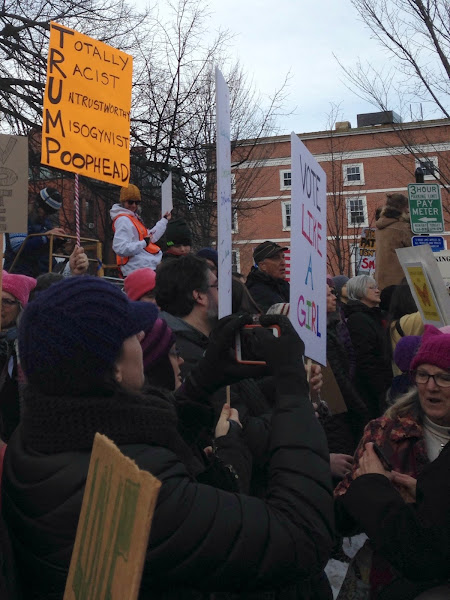 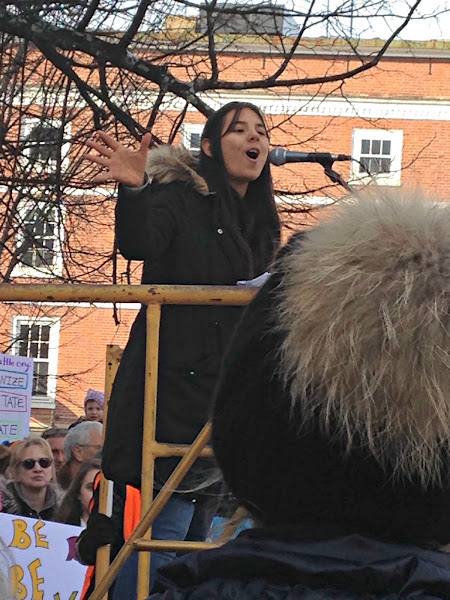 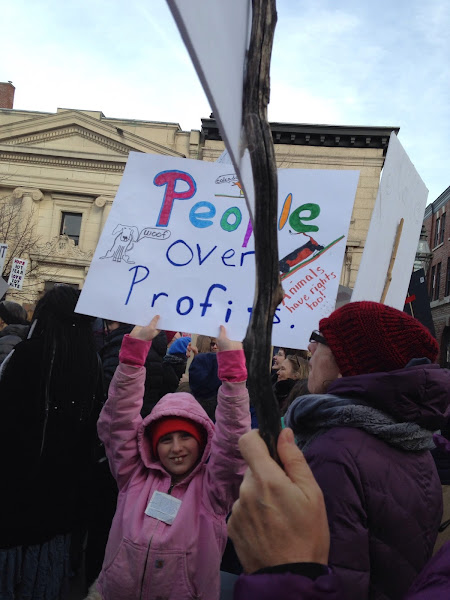 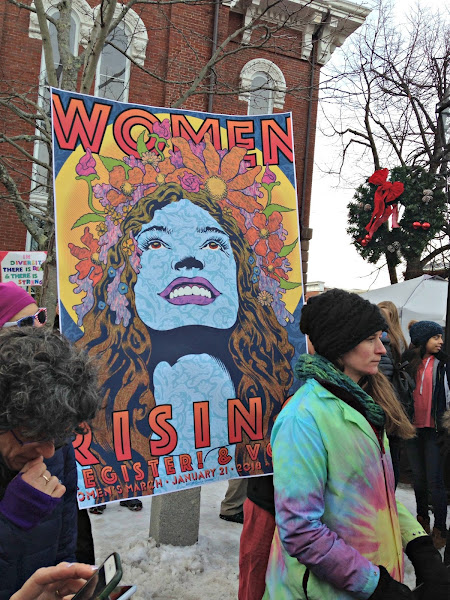 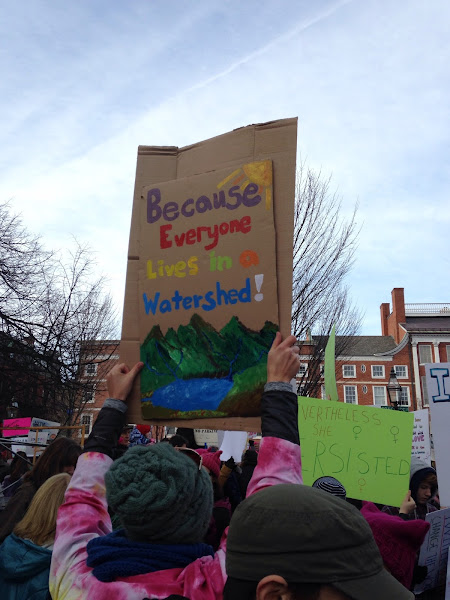 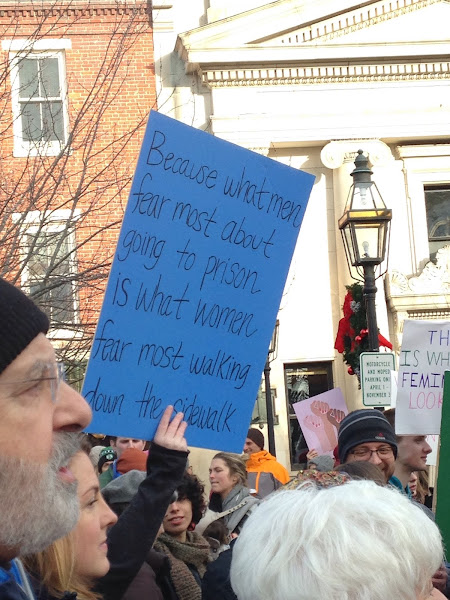 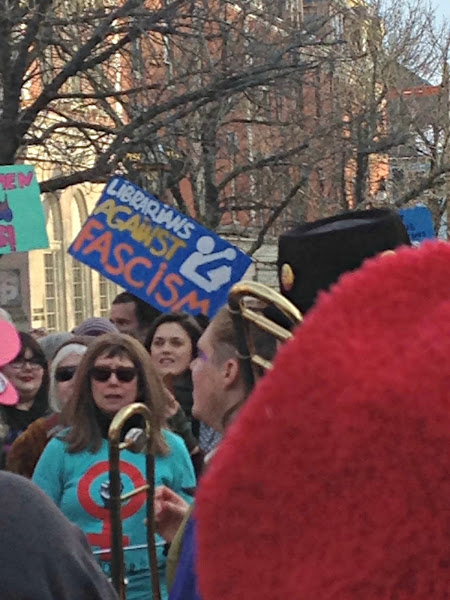 So inspiring! I wanted to write a poem--and I did. It turned out to be a poem I had written many times before. I rolled my eyes as I reread it.

I began again. I thought I'd try to do something different--a metaphor here--a twist on a word there--but, if you try too hard, it shows. I realize that both my rejects were didactic ("didactic" from the Greek didaktikos meaning "able to teach") However, I even failed at didacticism since the only one I was able to teach was myself. Here's the lesson I learned: do not write didactic poems!

I needed to go back to the essence, yet a haiku or senryu, wasn't big enough (3 lines). I could have written a sequence of haiku, or a tanka (5 lines). I ended up with a cherita (6 lines). 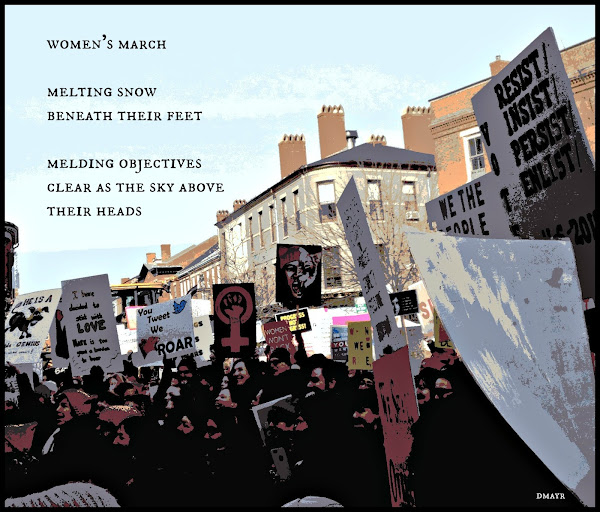 All photos and poem © Diane Mayr, all rights reserved.

melting snow
beneath their feet

melding objectives
clear as the sky above
their heads

If you have time to spare, please watch the video from the march that took place in the birthplace of the women's rights movement, Seneca Falls, New York. Or, browse through The New York Times photos of marches from around the world. Both are pure joy!

Please stop by Beyond Literacy Link where Carol is hosting the Round-Up.
Posted by Diane Mayr at 12:00 AM