Update: My friend, Mary Doane (aka "The Turtle Lady"), told me it was probably an Eastern painted turtle. After looking online, I agree. Here's the information on the painted turtle. The teeny turtle, if lucky, will only grow to about 6 inches.

Snapping turtles in New Hampshire can grow to be 70 pounds. And, as their name suggests, they snap. People have told me stories of chunks taken out of oars by snapping turtles. Stay away from the big ones!

A few weeks ago, though, a co-worker found a baby snapping turtle on the parking lot asphalt. Not the best place to be sunning one's turtle self. 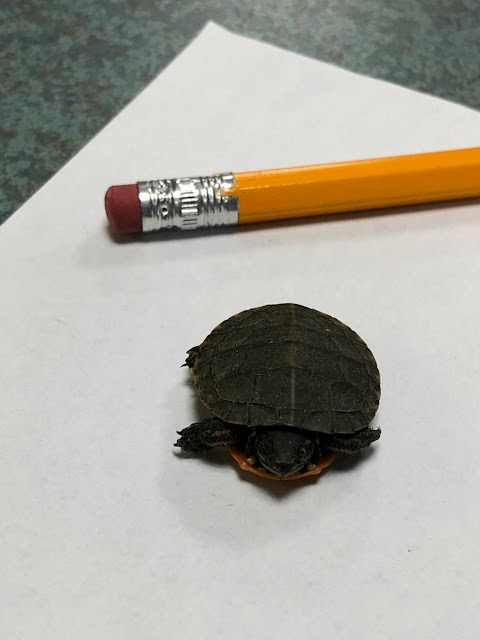 It was tiny! I didn't hesitate for a second to pick it up and move it to a safe spot. Relocation involved taking a walk through the woods behind the library. I had never been more than 10 or 20 feet into the woods in the 20+ years the library building has been occupied. I knew there was a swampy area down the hill, so I started walking. I went past two old stone walls, over a well-walked, but unmarked path, and ended up at the swamp that turned out to be an active great blue heron rookery. I counted seven herons on or next to nests. Another heron flew in as I watched. I was a bit hesitant about leaving the turtle, since it might have made a snack for any one of the herons, but, I felt it was safer at the edge of a swamp than in the middle of the parking lot! 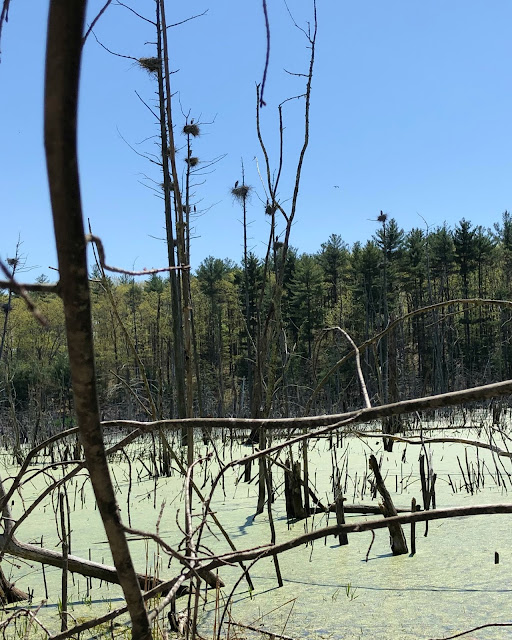 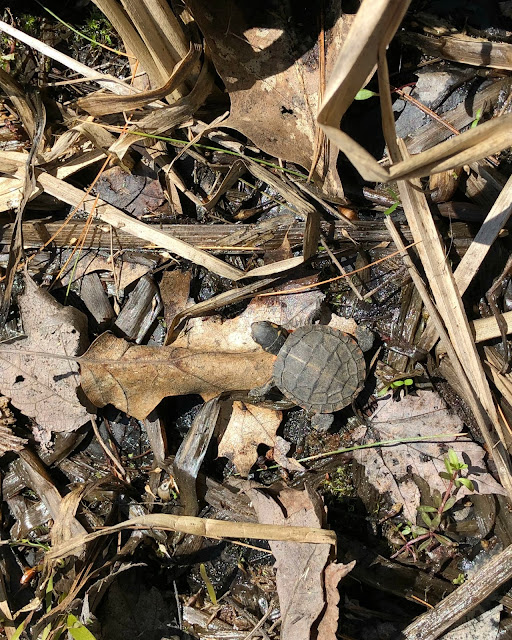 The baby snapping turtle in the parking lot was a real mystery. It was too early in the season for turtles to be hatching, so it must have been one of last year's hatchlings. How had it survived 2017-18's long, cold winter? How had it gotten such a great distance from the water?

Last year, not far behind the library, a large snapping turtle dug several holes, but we never saw it laying eggs. Why it would have chosen the dumpster area behind a library for it's nesting spot is beyond me!

Perhaps the little guy was the progeny of the library dumpster turtle? 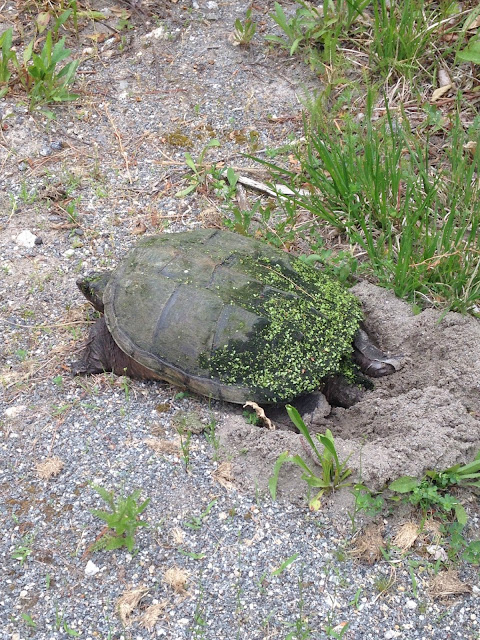 A lot of background for one little poem! 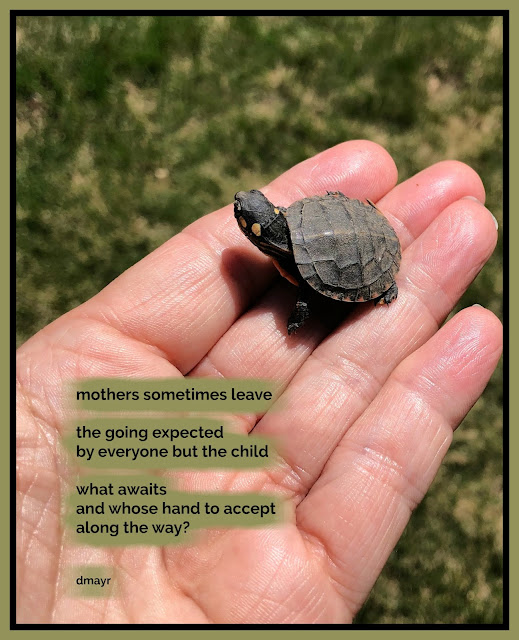 Visit Margaret at Reflections of the Teche where you'll find this week's Round-Up.
Posted by Diane Mayr at 12:00 AM