I won't lie--on Friday, when I got an alert on my phone that Paul Manafort was headed to jail, I smiled. He is accused of a number of arrogant crimes that led to this incarceration, but, an article on the CNN site gave me pause.


Three US marshals led Manafort out of the courtroom into the prisoner holding area immediately after the judge's ruling. He was not placed in handcuffs. Before he disappeared through the door, he turned toward his wife and supporters and gave a stilted wave.

Minutes later, a marshal returned to give his wife, Kathleen, still standing in the courtroom's front row, Manafort's wallet, belt and the burgundy tie he wore Friday.

I borrowed the words for this cherita: 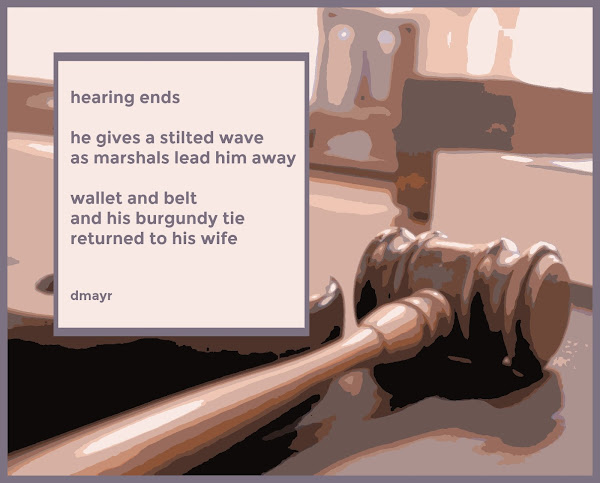 he gives a stilted wave
as marshals lead him away

wallet and belt
and his burgundy tie
returned to his wife