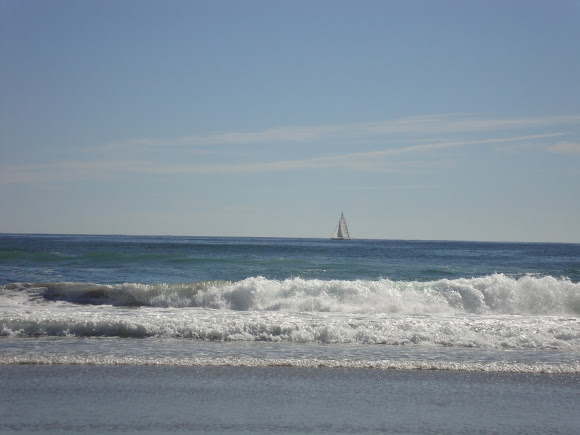 For today I have an original poem written in response to one by Thoreau that appears in A Week on the Concord and Merrimack Rivers, self-published in 1849. Thoreau subsequently revised the book, but it was not republished until several years after his death in 1862. The poem is found in the chapter, "Wednesday," and is untitled, but in later anthologies it appears as part of a longer poem with the name, "The Fisher's Boy." Here is the untitled poem:


My life is like a stroll upon the beach,
As near the ocean’s edge as I can go,
My tardy steps its waves sometimes o’erreach,
Sometimes I stay to let them overflow.

My sole employment 't is, and scrupulous care,
To place my gains beyond the reach of tides,
Each smoother pebble, and each shell more rare,
Which ocean kindly to my hand confides.

I have but few companions on the shore,
They scorn the strand who sail upon the sea,
Yet oft I think the ocean they’ve sailed o’er
Is deeper known upon the strand to me.

The middle sea contains no crimson dulse,
Its deeper waves cast up no pearls to view,
Along the shore my hand is on its pulse,
And I converse with many a shipwrecked crew. 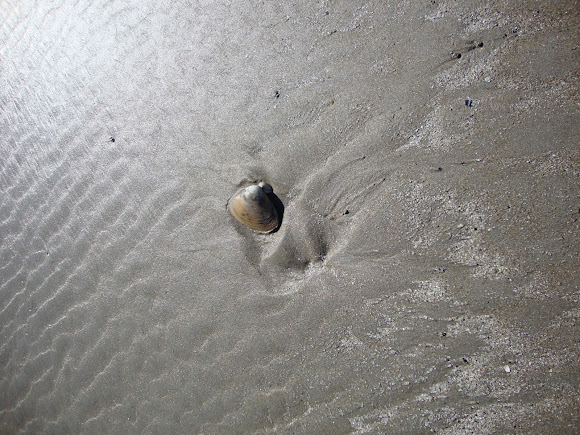 A Stroll upon the Beach

A vessel broken.
Its innards
of cargo and crew strewn
across the strand.

In the village, word spreads.

It is a grisly sight--
a shipwreck
with bodies battered
and bruised,

soon to be carrion.

Townsfolk with skills
of carpentry,
or, undertaking, are
summoned.

to spirit goods away.

Before souls of the departed
flee, I'm here
gathering dulse for my larder.
Boxes for my fire.

And, stories for safekeeping.

Thoreau was acquainted with shipwrecks having seen and written about them on Cape Cod and Long Island, NY. He traveled to Long Island in July, 1850, to view the wreck of the Elizabeth in hopes of finding the bodies of writer and editor, Margaret Fuller, and her family. The bodies of neither Fuller nor her husband were found, but that of their young son was recovered.

[Three years ago, Harvard University acquired the notes that Thoreau took at the scene of the shipwreck. I wonder if Thoreau's notes will soon be transcribed and be made available online? I'm curious to see how the actual notes compare to a work of historical fiction, Miss Fuller, by April Bernard, in which the fictional Thoreau finds a cache of Fuller's letters. Miss Fuller was published in 2012. You may be interested in reading it.]

The Poetry Friday Round-Up is being hosted today by Sylvia at Poetry for Children.