Two weeks ago I issued a poetry challenge. Using an image of an animal from the Library of Congress photo collection as inspiration, participants were asked to write a poem. Today is the unveiling of the virtual gallery titled, "Surprise! A Goose."

The poems are divided into three sections, "Feathered," "Furred," and "Feared." I know it's perpetuating a stereotype, but reptiles and insects do have a long-standing reputation, and, the alliteration was too good to ignore. Creatures of the sea, too, would be in the "Feared" section--just think sharks, electric eels, and stingrays--pretty scary!

Thank you to all the Poetry Friday peeps who helped make this exhibit a reality!


Kay McGriff sent a cherita (she also used the same image for a haiku, seen here): 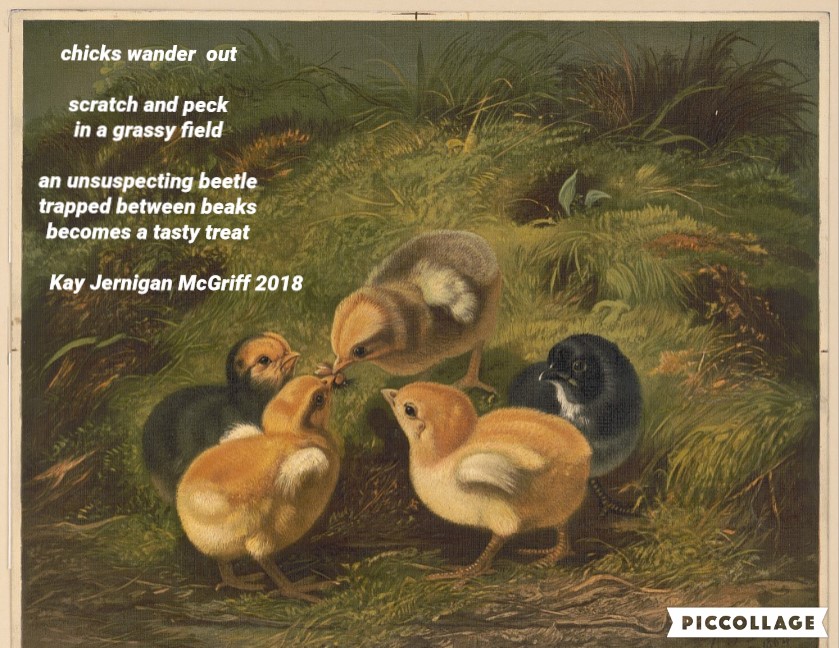 
It's no surprise that Donna Smith, who lives in Maine, found a seagull photo to be inspiring:

© Donna J. T. Smith, all rights reserved. "Aboard a trawler. Selecting fish and cutting off heads. Only mackerel, whiting and occasional flounder or halibut are kept. Thrown from trough into ice-filled hold. Fish heads and non-marketable fish are thrown into sea above which hundreds of seagulls wait hungrily. Provincetown, Massachusetts" by Edwin Rosskam (1937). 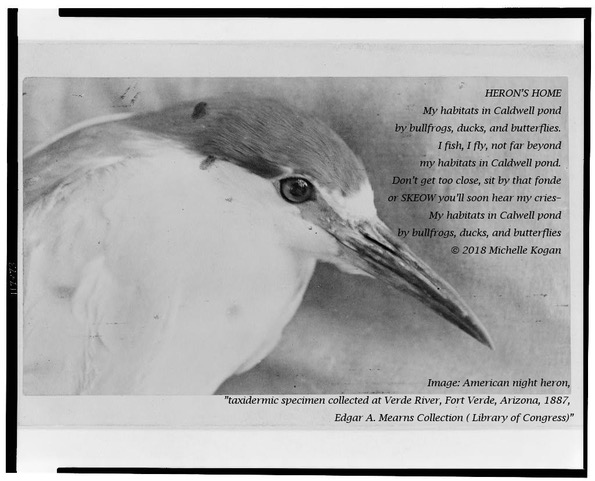 
Here's one of mine: 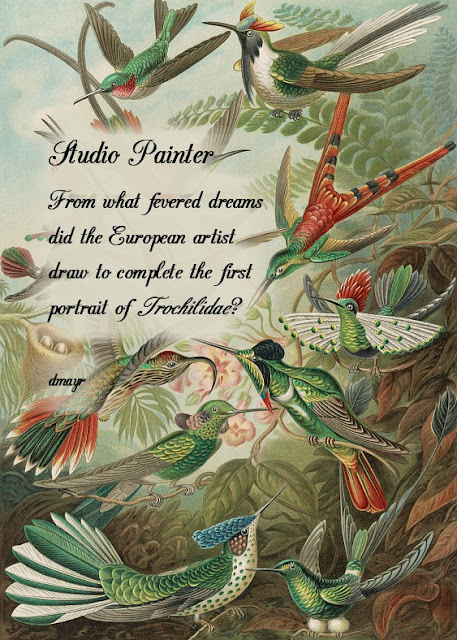 
Carol Varsalona, who like Donna Smith, lives near the ocean, also found a seagull picture to inspire her. She explains what she did:

I paired a 1907 stereopticon card from LOC...with a current photo of a seagull on Long Island's south shore. I was going to try a cherita but that will have to wait. I digitized the two to give the image a feel for what a stereopticon card looks like but with a twist (Then and Now). 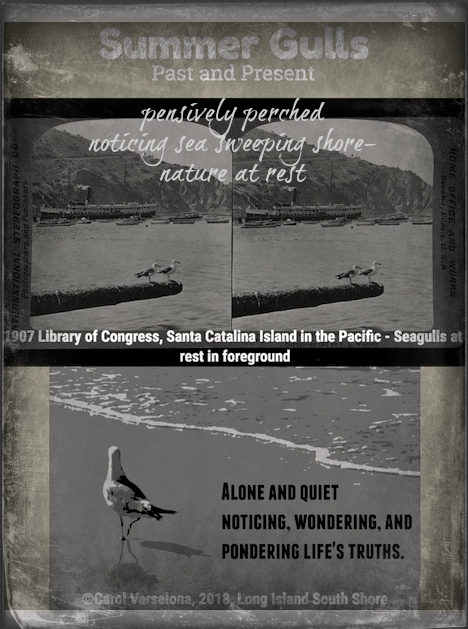 © Carol Varsalona, all rights reserved. "Santa Catalina Island in the Pacific - Seagulls at rest in foreground" (1907)..


Tabatha Yeatts sent a delightful poem based upon the story of the first aerial flight. I've included her explanatory matter.


Here's some info from Wikipedia to go with the illo:

There was a flying craze in France and Scotland with James Tytler, Scotland's first aeronaut and the first Briton to fly, but even so and after a year since the invention of the balloon, the English were still skeptical, and so George Biggin and 'Vincent' Lunardi, "The Daredevil Aeronaut", together decided to demonstrate a hydrogen balloon flight at the Artillery Ground of the Honourable Artillery Company in London on 15 September 1784. His balloon was later exhibited at the Pantheon in Oxford Street.

However, because the 200,000 strong crowd (which included eminent statesmen and the Prince of Wales) had grown very impatient, the young Italian had to take off without his friend Biggin, and with a bag that was not completely inflated, but he was accompanied by a dog, a cat and a caged pigeon. The flight from the Artillery Ground travelled in a northerly direction towards Hertfordshire, with Lunardi making a stop in Welham Green, where the cat was set free as it seemed airsick, before eventually bringing the balloon to rest in Standon Green End. The road junction in Welham Green near to the site Lunardi made his first stop is called Balloon Corner to this day to commemorate the landing.

VINCENT LUNARDI'S CAT HAS HER SAY

In carriages, on boats --I'd travelled before --
the marks of my claws could be seen on table legs
far and wide, but what could prepare me for riding
in the air? Your stomach moves when you are at
sea and I might have flung some half-digested
trout back where it came from, but when your
whiskers flick a sky-lofted wind, you're like a bit
of fur with no meat, a feather let loose from its
bird. The fierce and fearsome shaking in my
innards only stopped when I was paws in
the dirt, nose to the grass. A cat likes to
know where
she
stands. 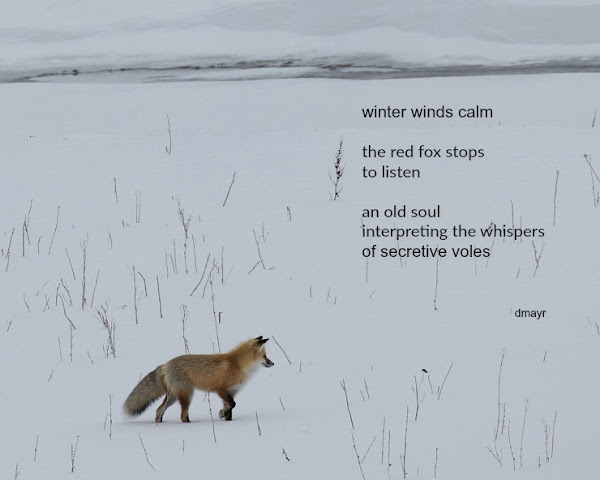 © Diane Mayr, all rights reserved. "A red fox prowls for voles, hidden beneath the snow, in Yellowstone National Park in the western U.S. state of Wyoming" by Carol M. Highsmith (1874). 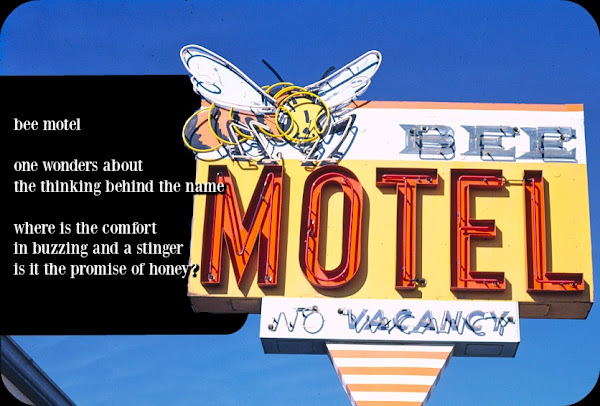 
Margaret Simon had a goose poem with its Library of Congress inspiration photo on her blog last Friday and today, she is playing Round-Up host at Reflections on the Teche. She awaits your visit!
Posted by Diane Mayr at 9:00 PM