I was never a fan of the Bush presidencies, but I did appreciate that George H. W. Bush was a caring man. The tributes that have come out since his death Friday night, have only served to reinforce that. Surprisingly, news about our current leader took a back seat for a time. (A blessed respite, but too short.)

The following cherita is, unfortunately, more of an rant against he-whose-name-shall-not-be-spoken, than a tribute to a late president. It stands as an example of how my poetry has been tainted. I am sick of the bitterness--make that hatred--that he-whose-name-blah-blah-blah has brought into my life. 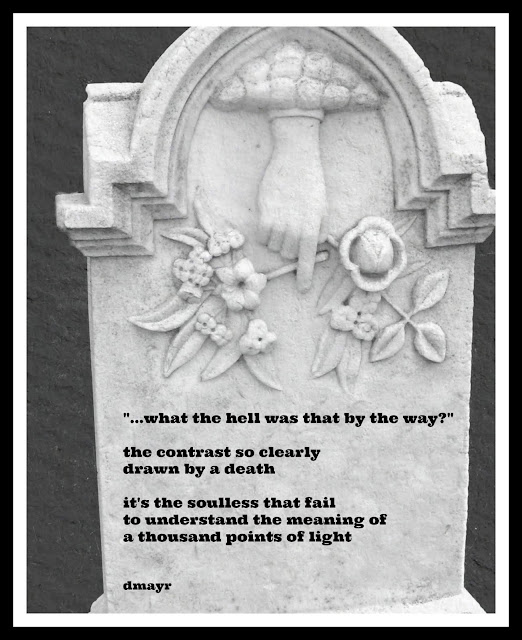 the contrast so clearly
drawn by a death


The first line is from a July 2018 political rally (only a few months after Barbara Bush's death, I might add). Here's the full quote: