Today is National Siblings Day and so I have a poem about three women whom I imagined to be sisters. 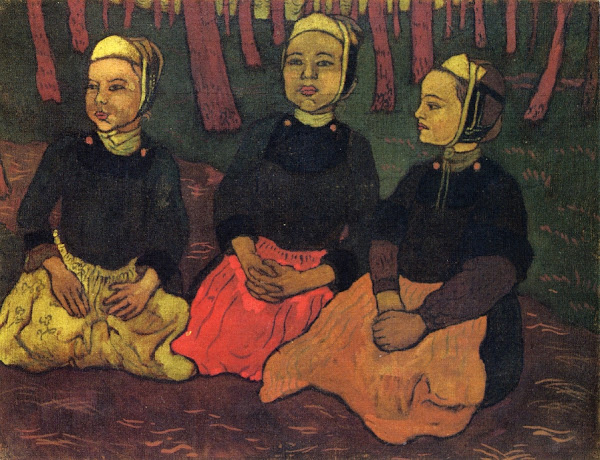 for an hour three sisters
meet in the woods

away from husbands,
children, meals, laundry...
serenity trumps even gossip

Gossip now has negative connotations of cattiness, and is an activity most often attributed to women. Interestingly, the word gossip has the same root as sibling.


In Old English, a sibling was a relative, with sib an adjective and noun for '(one) related by blood or descent'. (That sib also shows up in gossip, from godsibb, 'godparent'; in Middle English this was used for 'a close friend', especially 'a person with whom one gossips', hence its evolution into 'idle talk' centuries later.)

A cherita is a haiku-like poem of three stanzas that tells a "story." The first stanza is one line and sets the scene. Stanza two is two lines, stanza three is three lines. A cherita terbalik is a cherita with the order of the stanzas rearranged.