Linda Baie suggested this painting to me. Manchester, Massachusetts is now officially known as Manchester-by-the-Sea, a rather more lovely name. Eagle Head is near "Singing Beach," see video below. 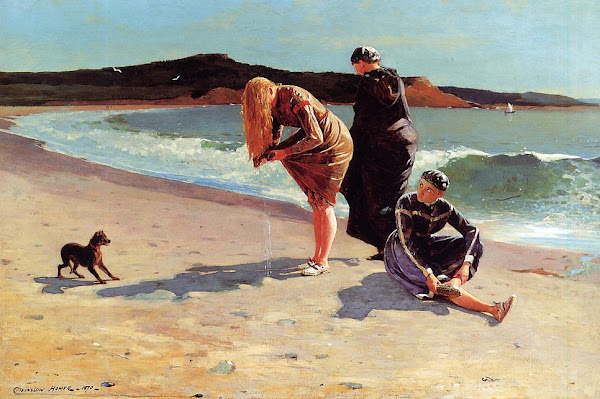 increasingly fanciful theories
in a discussion of musical sands


A cherita is a haiku-like poem of three stanzas that tells a "story." The first stanza is one line and sets the scene. Stanza two is two lines, stanza three is three lines. A cherita terbalik is a cherita with the order of the stanzas rearranged.