I thought I'd share some photos of Labor Day, and other labor parades from the past. The images are courtesy of the Library of Congress.

Several are of the spectators. I love to see how people dressed!

One hundred years ago, in New York. Child labor was still rampant. Children probably were treated as slaves as the sign indicates. 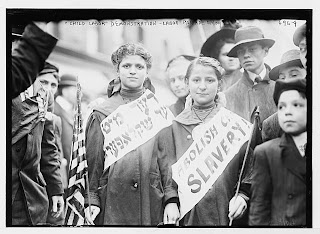 1913 at an unspecified location. If I had to guess, I would say New York City. Someone captioned the photo as "suffragettes," but the banner, as far as I can make out says, "English Speaking Union Whitegoods Workers Local (the rest I can't make out)" 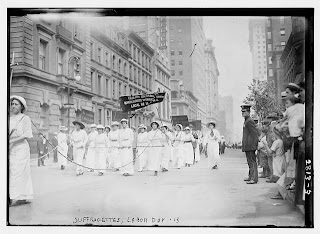 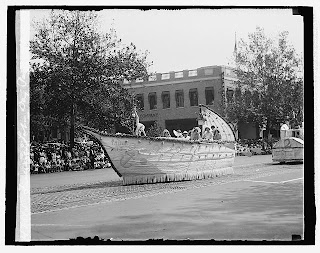 This one is from Colorado in 1930. Love the kids' body language! 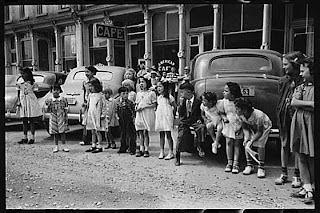 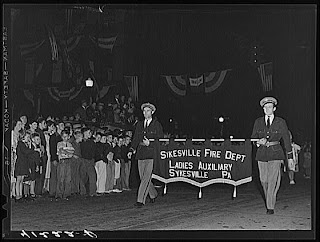 Detroit in 1942, one year into the Second World War. Look around, there are signs of war every where. 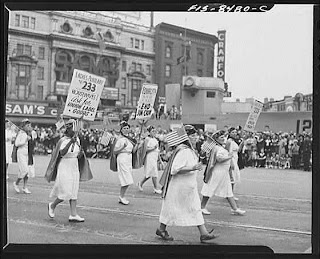 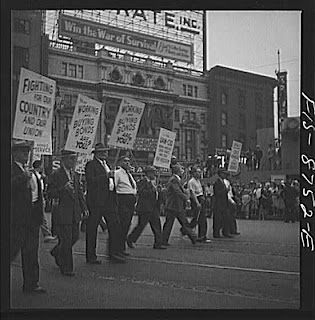 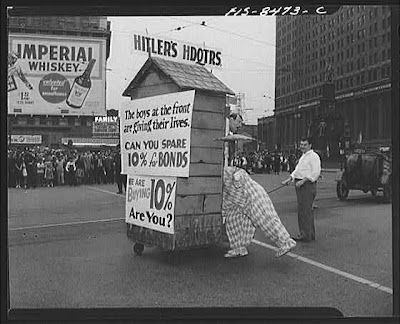