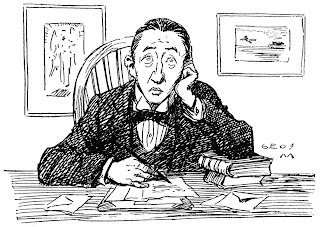 I'm not going to say much, just going to direct you to two articles that have stuck a stake in my heart as both a librarian and a writer.

From the Boston Globe, "Welcome to the library. Say goodbye to the books."

Instead of a library, the academy is spending nearly $500,000 to create a "learning center," though that is only one of the names in contention for the new space. In place of the stacks, they are spending $42,000 on three large flat-screen TVs that will project data from the Internet and $20,000 on special laptop-friendly study carrels. Where the reference desk was, they are building a $50,000 coffee shop that will include a $12,000 cappuccino machine.

And this from CNN, "The Future of Libraries, With or Without Books."

In the United States, libraries are largely funded by local governments, many of which have been hit hard by the recession.

That means some libraries may not get to take part in technological advances. It also could mean some of the nation's 16,000 public libraries could be shut down or privatized. Schultz, of the Berkeley Law School, said it would be easy for public officials to point to the growing amount of free information online as further reason to cut public funding for libraries.

One more thing--last year we had an ice storm that left us without electricity for several days. I was able to pull a book off the shelf and read it. What happens when there's no electricity AND no books?
Posted by Diane Mayr at 9:25 AM