If you're a regular reader here, you may have picked up on the fact that I love birds (and ironically, cats).

I have two bird poems from Robert Francis. Robert Frost once said Francis was "the best neglected poet." Consider him now un-neglected since we're talking about his work today! 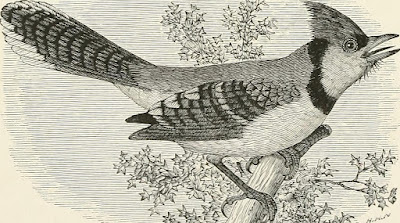 Both of these poems are from Come Out into the Sun: Poems New and Collected by Robert Francis (1965):

Who is the hawk whose squeal
Is like the shivering sound
Of a too tightly wound
Child's toy that slips a reel?

But beyond who is why.
Why any cry at all
Since death knows how to fall
Soundlessly from the sky?

So bandit-eyed, so undovelike a bird
to be my pastoral father's favorite--
skulker and blusterer
whose every arrival is a raid.

Love made the bird no gentler
nor him who loved less gentle.
Still, still the wild blue feather
brings my mild father.

If you're interested, I've posted Robert Francis poems twice before, here and here.

Please check out the poetry happenings being rounded-up by Irene at Live Your Poem.
Posted by Diane Mayr at 12:00 AM