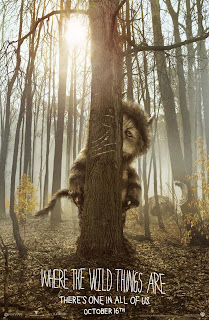 From www.wherethewildthingsare.com
My friend, Andy, and I were discussing the fact that Maurice Sendak's picture book, Where the Wild Things Are, will soon be a feature film. How will they take a 336 word text and expand it to fill more than an hour of film? How can they take a children's classic book and do it justice? It appears, not easily. A year ago, an article in the L.A. Times outlined some of the problems encountered in bringing the book to film. According to the article,

The script got good early reviews. But for months the Web has been pulsing with rumors and in-depth accounts that when Jonze had a research screening last December, kids in the audience were crying and fleeing the theater--not exactly the reaction the studio had hoped for.

We'll have to wait until October 16 to pass judgment on the film, but you can judge the trailer by visiting the film website. For me, the boy actor looks much too old to be Max. I've always thought that Max is 5 years old--young enough to still get caught up in an imaginary world, yet old enough to be able to separate himself from that world. The young actor seems out of place in a footed pajama costume--like maybe the kid has a bigger problem than just a bit of mischievousness? 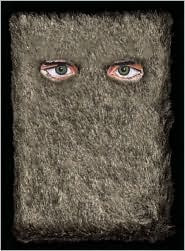 One thing is certain, the merchandising is about to begin. The 40-page picture book is going to become a 300-page novelization--covered in fur, no less!